The Auditorium was located where the Licking County Foundation is today. The building was built in 1894 and was originally called the Soldiers’ and Sailors’ Memorial Building. The theater hosted many famous acts, such as Harry Houdini, Count Basie and Gene Autry. The building was also home to the Newark Public Library before it moved to 105 West Church Street in 1920. On April 29, 1968, a fire was set inside the building, destroying the elaborate façade. Architects opted to replace it with a more modern appearance, choosing to face the structure in brick and glass. In 1992, Dave Longaberger purchased the building for $70,000, with hopes of restoring its original appearance. Due to the extreme cost of restoring the theater, the property was deeded to the Licking County Foundation, which funded its demolition. The Foundation built the current structure and Foundation Park in 2002.

Image 1: The Soldiers' and Sailors' Memorial Building in 1911.

Image 2: The Auditorium bedecked for a parade and holiday around 1930. 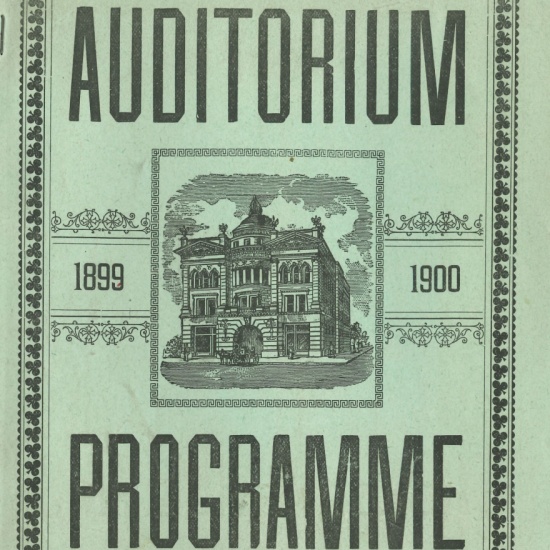 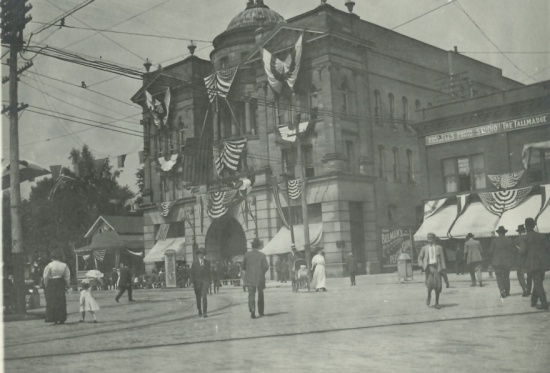 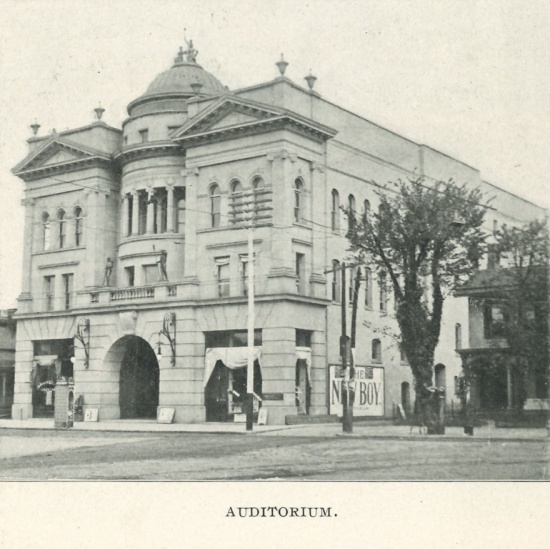