FORMER BAKER HOTEL, BENTON & NORTH ST: Originally a stick-built structure constructed before 1907 by a blacksmith, liveryman, and mail carrier, Lee Baker. The structure was rebuilt and enlarged to 26 bedrooms after a fire circa 1914. During World War II Fort Leonard Wood boom military service members and families lodged here. During the 1960s the hotel was converted into apartments. The brick building was ravaged by fire in 1967 and again in 1969. 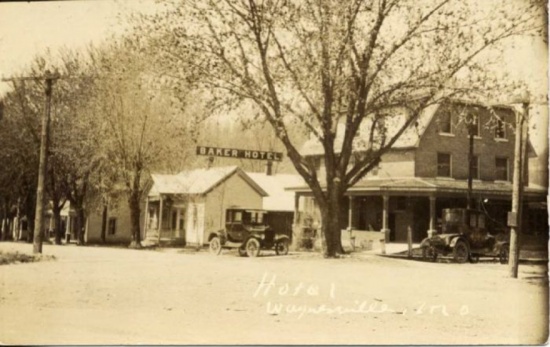