Carrying on up Pershore Street will lead you to Bath Passage opposite Debenhams Car Park, this area was transformed earlier in the year with a large scale piece of street art, one of many pieces of artwork created by Birmingham based Gent48 along the route.

Gent 48, aka Josh Billingham, ranks among the most talented and prolific graffiti writers in Birmingham. Best known for his character-driven murals, he has exported his creative talents as far afield as Australia and has picked up numerous awards along the way. Gent 48's unmistakable artwork can be witnessed across Birmingham and beyond. 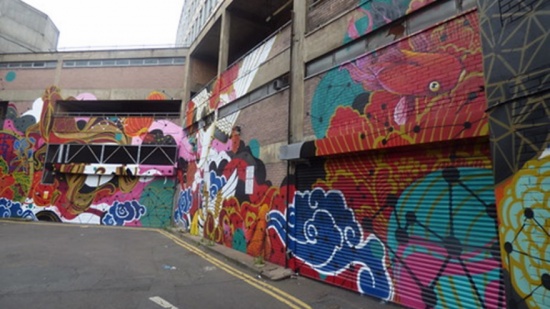