Known to many as the Campbell Mill, the Utica grain mill has been an important landmark for the village. The flour mill was originally powered by a mill race created by damming the North Fork of the Licking River, just south of Watt’s restaurant. Running under Main Street, the mill race powered the turbines. The mill often ran every day, including Sundays, grinding corn and wheat. For a time, a saw mill also operated on the grounds down a separate sluice of water. The first settlers of Utica– William Robertson and family – built a log cabin and mill at this same location around 1810, making it one of the oldest occupied sites in the county. Before the operation was known as the Campbell Mill, it was owned by the Mills Brothers and the Hulshizer family. The Hulshizers also owned milling facilities in Granville and Newark and produced a specialty flour under the “Queen Flour” brand. The Campbell family purchased the mill in 1924. In recent years, the mill site has been used as a distillery, as well as for accommodations and an event space.

Image 1: Photograph of the Campbell Grain Mill from the mid-twentieth century

Image 2: Postcard that depicts the dam that once spanned the North Fork to create the mill race

Image 3: Detail of the 1893 Sanborn Fire Insurance Map of Utica that shows the Hulshizer grain mill and the mill race

Image 4: Photograph of the Hulshizer Mill in Granville, Ohio

Image 5: Hulshizer "Queen Flour" advertisement from the Utica Herald in 1910 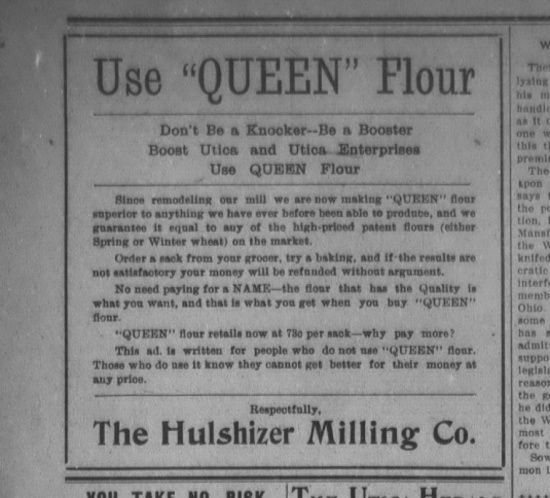 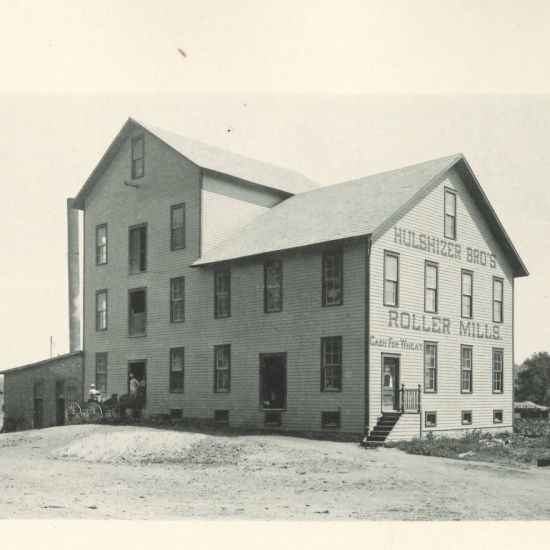 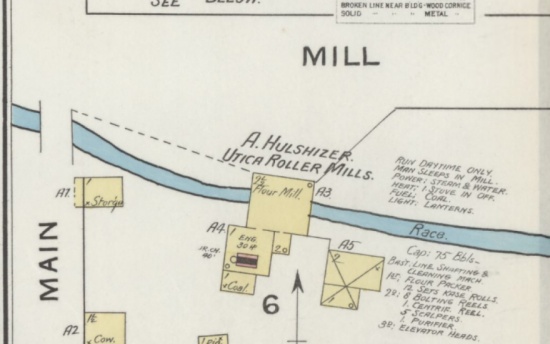 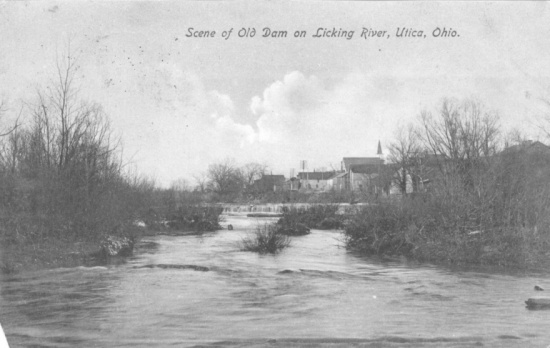 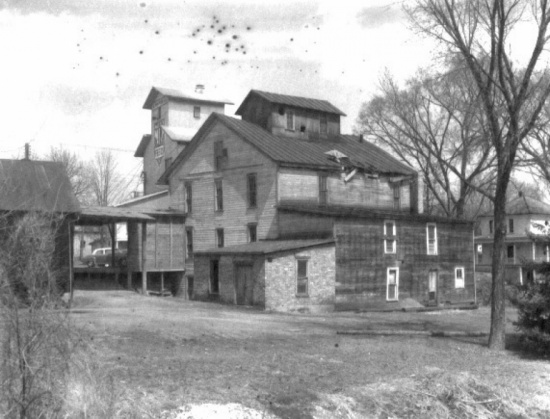