One of two pieces of artwork by Genius Creations along the route - the 'Cross With Pride' walkway - taking central stage in the pedestrianised area of Hurst Street.

Artist James Cowper of Genius Creations has said it brings a much-needed "burst of positivity." The graphic designer, who is also a drag performer under the name Gavina, was commissioned by the Southside Business Improvement District (BID) to create this piece of artwork.

The artwork is based on the Progress flag which adds a chevron and extra colours to the traditional rainbow flag. The eleven colours are important as it reflects the diverse drag community in the city.

The district not only has drag queens and drag kings, but bio queens and members of the trans community as well as people of colour - that's why Birmingham's drag scene is so fantastic. 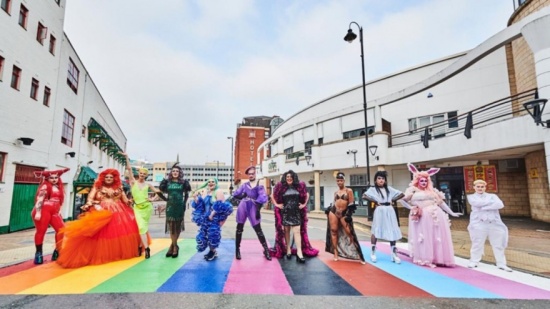