First National Bank of Newark was founded in 1865 and was one of the first banks in Ohio to operate under the 1913 Federal Reserve Act. This building was erected in 1870 and features a corner entrance and striking stonework, including an unusual stone face. Legend claims that this is the face of Adam Kiesel, sculpted by T. D. Jones of Granville. Kiesel was a south-side property owner who suffered a series of failed businesses after his return from the Civil War. When fire struck the wooden buildings on the south side of the square in 1868, Kiesel was accused of deliberately setting the fire for the insurance money. He was charged with arson, but acquitted by townsmen who were glad to see the old eyesore buildings destroyed. More likely, the face is an apotropaic symbol meant to ward off bad luck of evil intent, such as another fire.

Image 1: First National Bank of Newark and its neighbors on South Park Street in 1911.

Image 2: Close up of the apotropaic face in the First National Bank, believed by some to be the face of Adam Kiesel.

Image 4: First National Bank building and its neighbors on South Park around 1975. 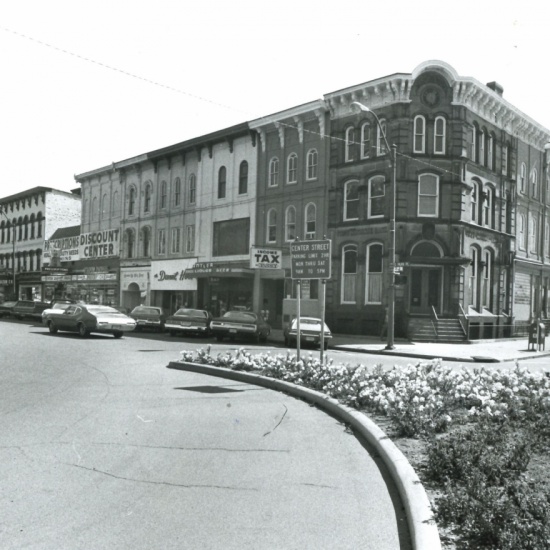 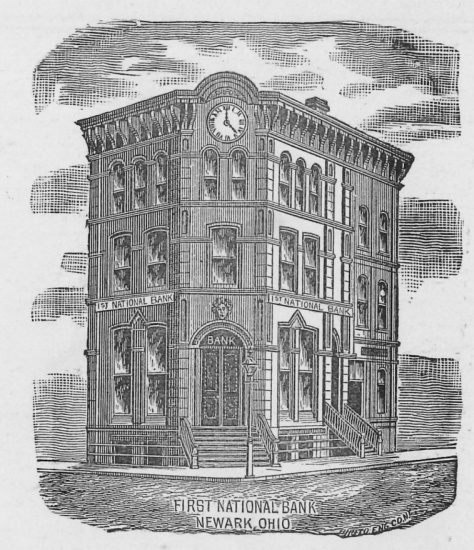 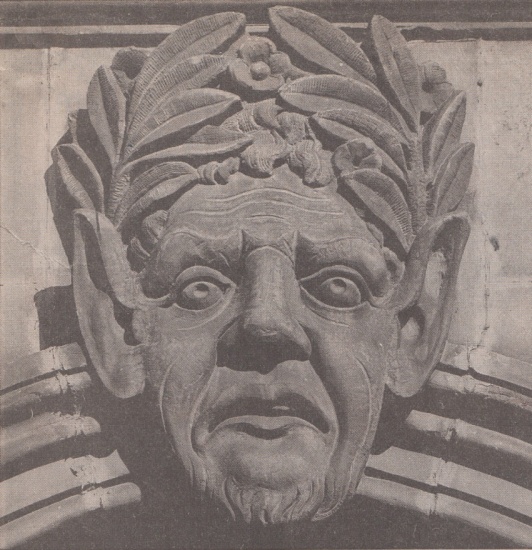