FORMER BANK OF WAYNESVILLE, 100 S. BENTON ST: Constructed in 1904 on land purchased from attorney Joe McGregor. The bank was housed in the lower level and the second story was divided into offices. George M. Reed’s abstract business was one of the first tenants. In 1917 the bank’s safe was robbed by Jink Starling and his gang of yeggmen. A gun battle broke out between the bandits and citizens. A posse was formed to catch the fleeing gang, but the robbers made their escape. Starling was later apprehended, tried, convicted, and sentenced to twenty years at the State Penitentiary at Jefferson City. 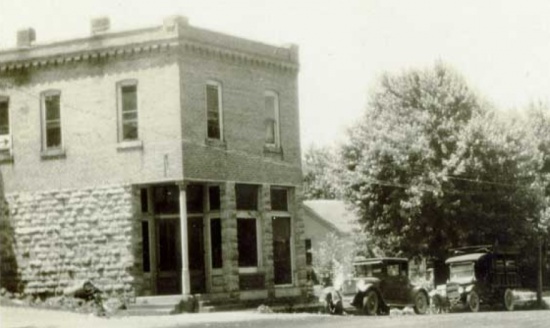