FORMER HAYES CREAMEE, HISTORIC ROUTE 66 & HIGHWAY 17: In the late 1950s Dallas and Harold Wells opened a laundry pick-up/drop-off site in a small frame building at this junction. During the early 1960s, the building became Hayes Creamee (a hamburger and ice cream joint) owned by Dan & Maudie Hayes. Today the site is occupied by a planter and a Waynesville sign. Peek behind the fence and you can see the old foundation. 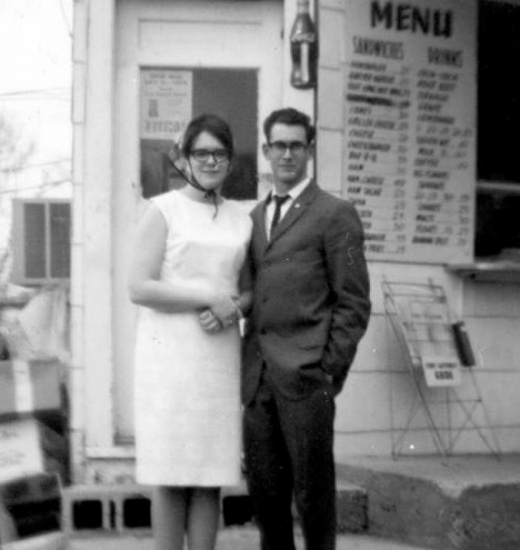