In 1886, a two-story frame building of two rooms was built at this location to house the Waynesville School. In 1936-37, a brick building was erected by theFederal Public Works Administration to replace the frame building. When Fort Leonard Wood was built in 1940-41, more classrooms were needed. Enrollments continued to expand and more schools were constructed, but in 1955, the high school graduating class was still only 34 students. A separate high school wasn't built until 1959. The 1936-37 building joined to a 1952 school building and housed the Waynesville Junior High for many years. The building served as the location for the YMCA and other county organizations until 2017 and was razed for the Pulaski County Jail.

FORMER PULASKI COUNTY JAIL, PUBLIC SQUARE, NORTHEAST CORNER: For many years, across the street from the Rollins homesite, sat a squat concrete block building that housed the Pulaski County Jail. Although the construction date is unknown, it is known that by 1961 the Pulaski County sheriff had abandoned the dilapidated jail and was housing his prisoners 30 miles away at Lebanon. A new jail facility was not completed until January 1976. 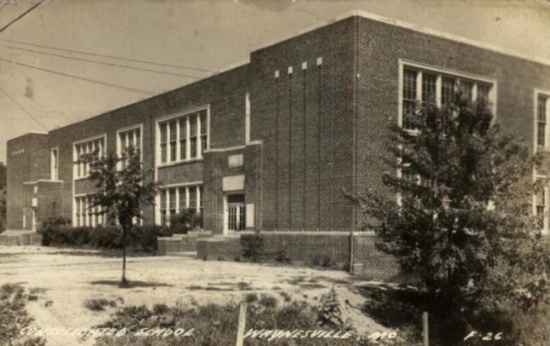