This mural serves as a focal point for an industry whose manufacturing centers were located at the edges of the village. Central Window Co., Advance Glass Co. (which specialized in stained glass for church windows), and Licking Window Glass Co./Corl Erie Glass Co. all had factories clustered around the railroad line south of US 62 and between Blacksnake Road and Wells Avenue. Utica Glass Co. produced at the northern limit of town along Main Street and the railroad line where Miller Park now stands. Crestview Road was formerly named Factory Road and Sycamore Street was once known as Glass Street, a reflection of Utica’s changing landscape during and after the glass boom.

The glass manufacturers created both opportunities and challenges for Utica. The Utica Glass Company—established in 1903 as a cooperative owned by the workers—was a very profitable business and produced more window glass per capita than any other plant in the country. The population of the village ballooned— the inhabitants of Utica rose from 826 in 1900 to 1,729 by 1910—yet the labor market remained tight. The lack of housing for so many incoming workers also proved difficult. The glass industry overcame these issues, but faced a greater challenge during WWI when regulations limited production and competition for wages led many idled glass workers to search for work beyond Utica. The industry never fully recovered after the war. By 1929, the last manufacturer had closed and the village’s population began to recede. The “boom” had come to an end, but commerce and manufacturing would remain a part of the local economy.

Image 3: Photograph of the fire that severely damaged the Central Window Glass factory on March 2, 1912

Image 4: Postcard of the New Utica Glass Company factory after the fire destroyed the previous building on May 10, 1909

Image 5: Glass gatherers at work in one of the Utica glass factories in 1913

Image 6: Detail of the 1907 Sanborn Fire Insurance map of Utica that shows the production facilities of the four glass companies active at that time 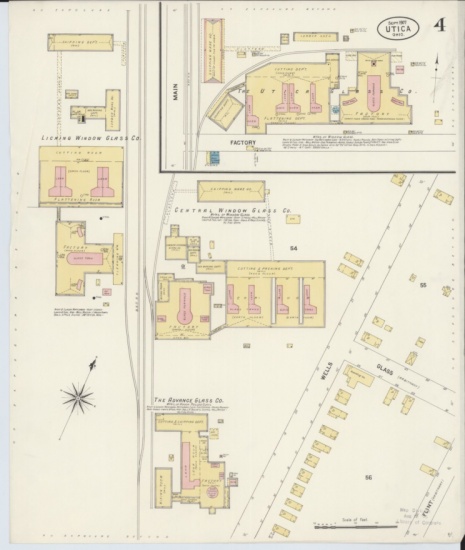 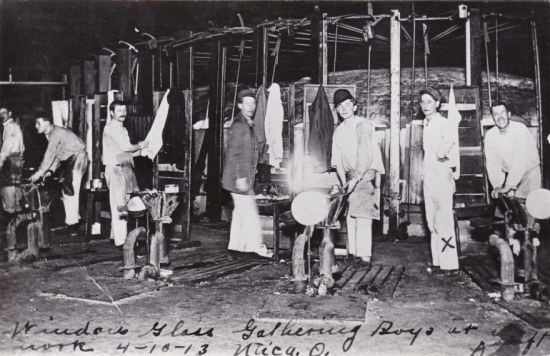 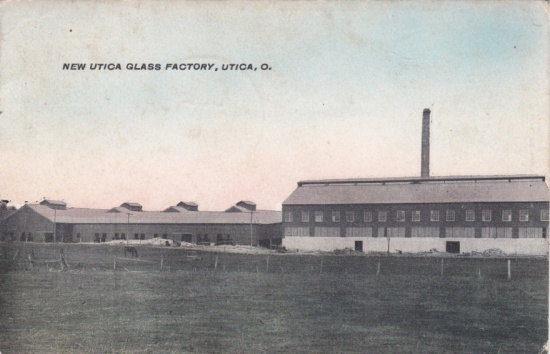 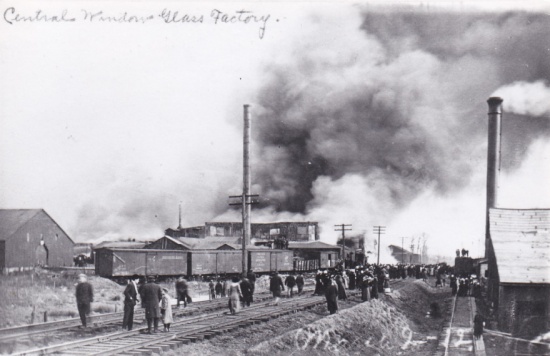 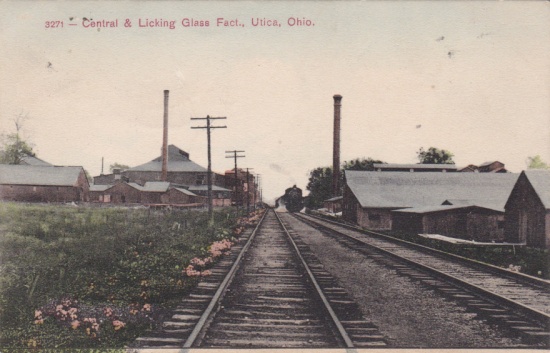 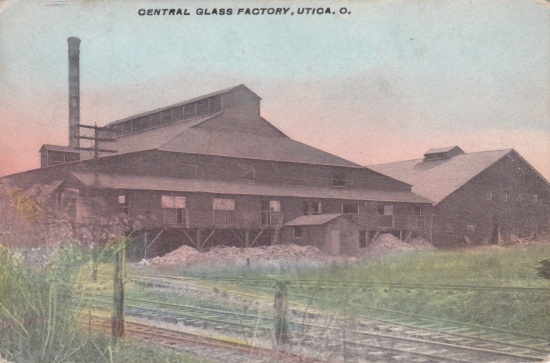