Built in 1900 this home is representative of many of the quickly-built fisherman's homes. They were called up-and-down or dawn-to-dusk houses because a team of two carpenters could put up a house in one day or from sunrise to sunset. The house was occupied by the Goulding family for two generations. Second-generation inhabitant, Harry "Pete" Goudling was as famous for his tall tales as his hibiscus flowers.

Pete claimed to have produced more than 60,000 hibiscus plants over a sixty year period, often naming new varieties for friends and neighbors. While Pete was prone to exaggeration we can confirm he took first prize in “The Best in the World” category five times at the National American Hibiscus Society’s annual show.

The house in on the historic registry. 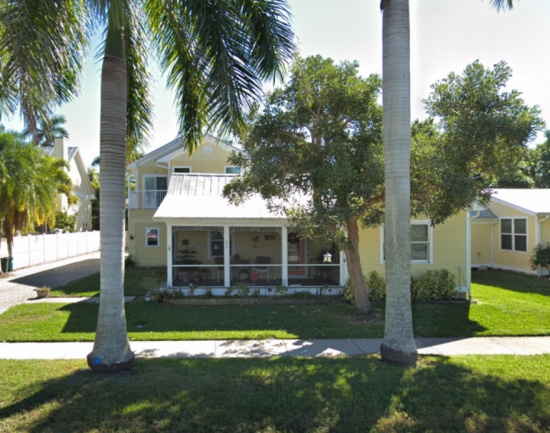