In the early days of Waynesville, the stretch going through town was named Commercial Street, and was noted for the ditch, said to be deep enough to hide a horse and rider, that ran down the middle of it. Under pressure from the "good roads movement" of the first decades of the twentieth century, the road was improved and became State Route 14. In 1926 it became part of U.S. Route 66 that crossed the west from Chicago to Los Angeles. Interstate 44 later bypassed much of that route in 1990. John Ashcroft, then Governor of Missouri, signed a bill making this stretch of highway officially "Historic Route 66". The signing took place in front of the Pulaski County Courthouse. Visit our auto tour Pulaski County Route 66 or download our turn by turn directions and audio tour from PulaskiCountyUSA.com 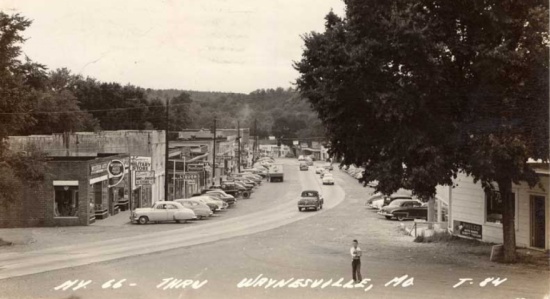