The Hufford House at 45 North Main Street is named after its last owner and donor, Ned Hufford. It is the oldest standing house in Utica, built around 1824 and using locally made brick. The home operated as a boarding house with rooms to let—called the Helphrey House—for part of the nineteenth century until it was purchased by the Jewett family in 1904. Today, this building houses the Utica Historical Society and its collection. Donated to the society in 1997 by the Hufford family, the community helped raise funds for the restoration and preservation of the building. The further assistance of state grants helped transform the space into the museum and local history repository it is today. 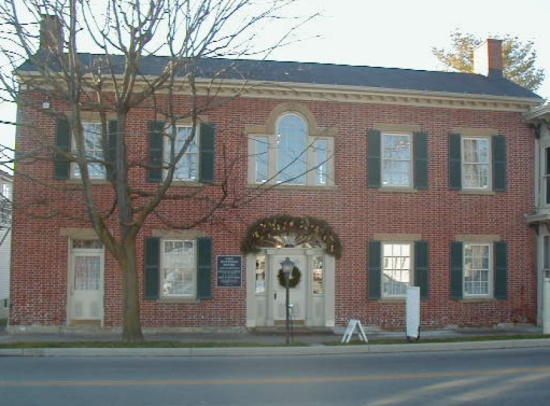