The Hull Building was for years known as King’s Department Store. It was built between 1908-1910 by Eli Hull, whose mansion still stands on West Main Street near Neal Avenue. At least three fires have occurred in the building, leading to several remodels. It was home to Newark Bargain Shoes until 1986 when the Newark Trust Building was demolished and the Central Trust Co. moved into the building. The Newark Trust building was completed in 1908 and was known as “Newark’s Skyscraper” for nearly 80 years during its existence on the square. The nine-story building no longer exists. The space is now occupied by various businesses and nonprofits in an atrium formerly owned by Chase Bank.

Image 2: The facade of the Hull Building as it appeared in 1911.

Image 3: Interior of the Newark Trust Building with its teller windows. 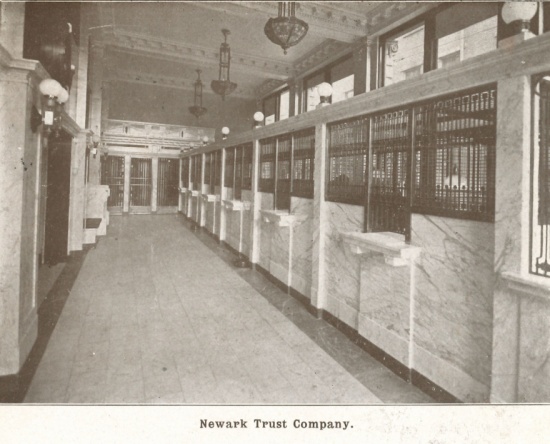