The Lansing Block was built in 1859 by Charles Daugherty in the Victorian Italianate style. The building, which now houses several businesses including Subway and 1922 on the Square, formerly Natoma Restaurant, and McKenna’s Market. It originally featured Corinthian pillars cast at Mary Ann furnace out of iron ore dug in Licking County. The picture to the left shows the building when it was occupied by the Murray House, which was a hotel. The Lansing Block replaced a row of log cabins that were previously on the site.

Image 1: The Lansing House Hotel and accompanying shop from the 1875 Atlas of Licking County. 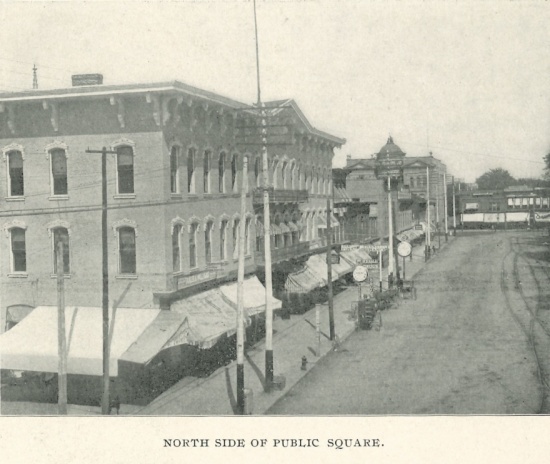 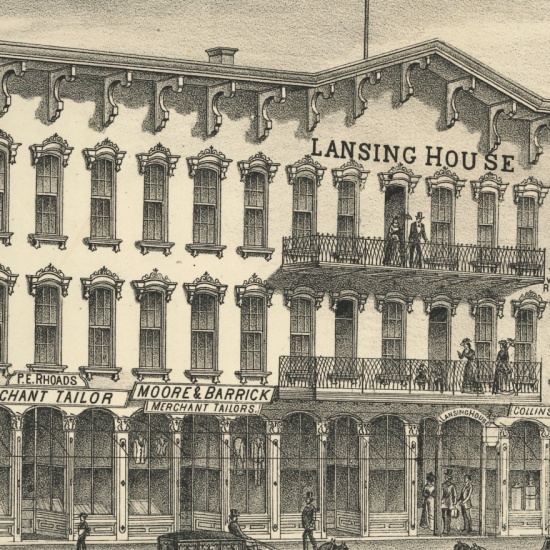