This is Licking County’s fourth courthouse. It was designed by architect H. E. Myer of Cleveland and built between 1876 and1878 after the third courthouse was destroyed by fire in 1875. A mile-long parade celebrated the laying of its cornerstone on July 4, 1876. The outside walls on the upper level are almost two feet thick, and the inside walls are 15 inches. The structure was built to be fireproof, but five months after opening in 1879 the upper section caught fire, damaging the building and destroying some court records. The windows in the west courtroom on the second floor feature prominent figures of American history, including Geroge Washington and Benjamin Franklin. These windows, believed to be made by Louis Comfort Tiffany, underwent restoration in 2016 during extensive renovations to the building that included a new roof, a new dome, and many other improvements. The windows returned to their rightful place in 2019 after the 10 million-dollar project was completed.

Image 1: Postcard depicting the courthouse in 1915.

Image 2: The county's third courthouse as it appeared in 1866 Atlas of Licking County.

Image 3: View facing east from the courthouse steps around 1975. 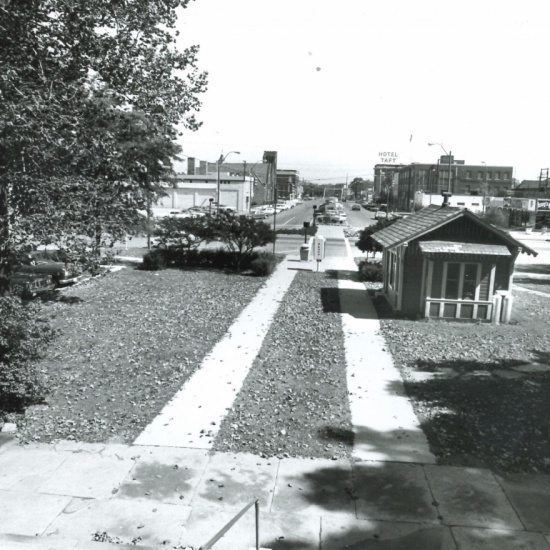 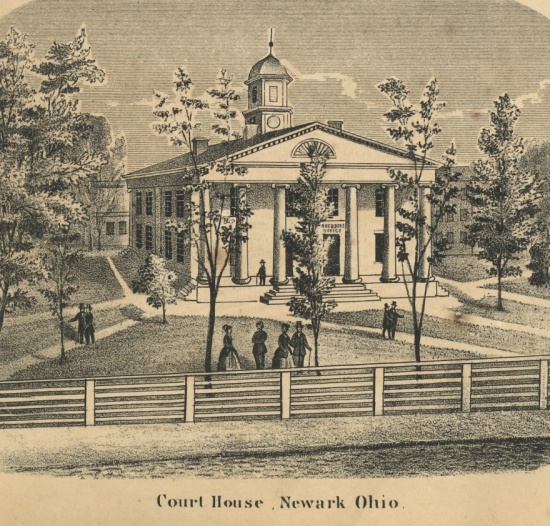 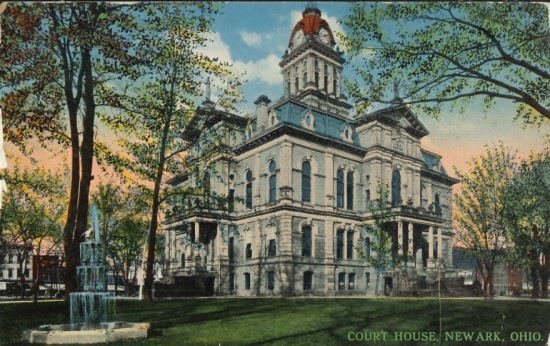