The Museum of Modern Art of Algiers (MaMa) is a large African art museum located in downtown Algiers. The old building was first inaugurated for its purpose as a museum in 2007. Built in the early 1900’s “some time before 1909” the French building is outwardly adorned with Moorish aesthetics, much like the former neighborhood of Bab-el-Oued. Standing over five stories tall this building once acted as an upscale department store almost exclusively used by Europeans and pied noiars. The museum was opened as a program to help project Algiers as the global capital of Arabic culture.

This museum helps to promote the work of Artists from the African continent and provides Algiers with a Unique cultural facility. Much of the cultural development and preservation undertaken by Algeria since decolonization has been funded with the revenue from its immense oil sales. Nonviolent cultural development has provided Algeria, and the city of Algiers to project power on the international stage. Strong cultural institutions such as MaMa, also allows for the exchange of art between receptive nations and institutions, building cooperation between culturally developing neighbors on the global stage. Additionally, by reusing the old French department store Algiers is able to hold onto some small part of their former French experience, while moving forward into the city it’s people wishes to see. 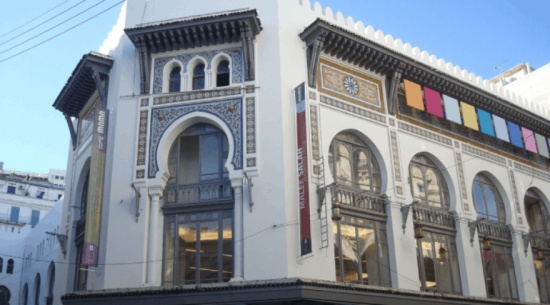