The Albert Brothers—Bill and Sam—built the Mystic Theatre at 60 South Main Street in 1909. It featured one screen and affordable prices. The Anderson family of London, Ohio renovated the theater and operated it until 1952. A series of owners followed until the theatre business closed in 1959 due to poor attendance. For a time, the building was used for church services before falling into severe disrepair. Two local residents undertook a renovation project of the space in the early 2000s, restoring its condition and converting the building into a residence. The building currently houses a photography studio.

Image 1: View of the interior of the Mystic Theatre from the mid-twentieth century

Image 2: Detail of the 1936 Sanborn Fire Insurance Map of Utica that shows the Mystic Theatre in blue

Image 3: Mystic Theatre advertisement in the Utica Herald from January 1910 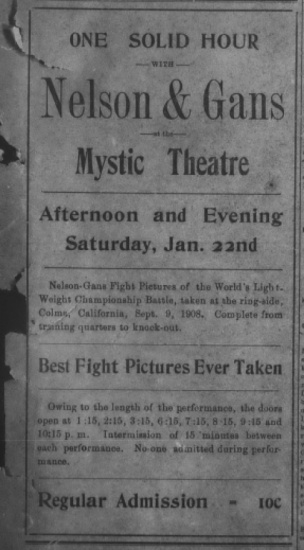 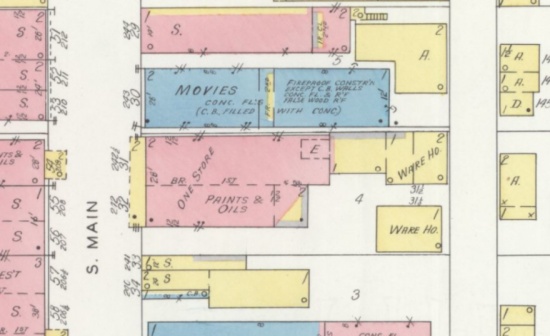 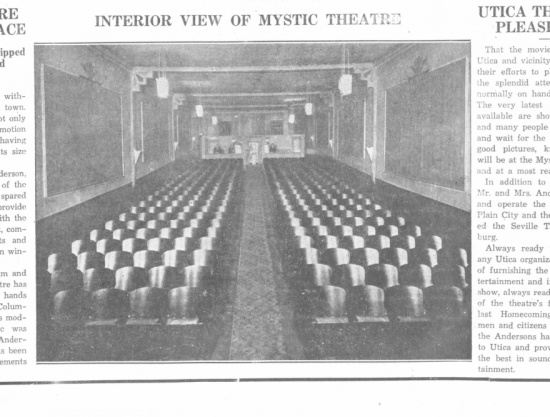