Nichols Apartments occupy a portion of the former Waynesville USO club, built-in 1942. The USO was a way for local communities to participate in the war effort during World War II, and the Fort Leonard Wood area was no exception. As the military was still segregated, plans called for separate clubs. At first space above a store was rented. The dedication of this USO building was held on March 7, 1942. It was an L-shaped building. The main lobby was two stories high, with a penthouse. All that remains is one wing of that building now converted to apartments. 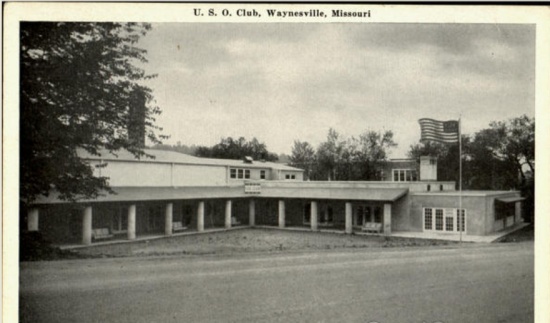