The building at 32 North Park Place, where the law office of Schaller, Campbell, and Untied is located today, was the original site of Park National Bank. It opened in 1908 and was at this location until its 50th anniversary. In 1958 the bank moved to its current location on the corner of Church and Third. This building was then occupied by First Federal Savings. The original façade was replaced with the current design during the 1960s. 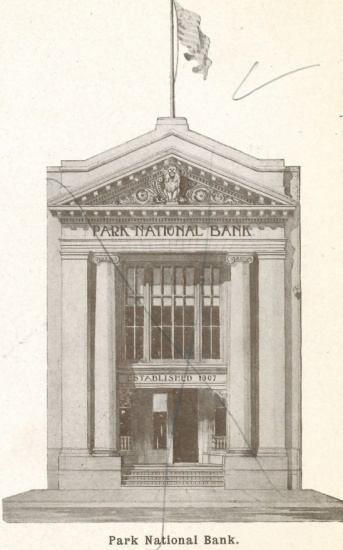