In the 60s-80s this building was known as Rexall Drug, (Seda's Gift Shoppe 2003-2018), until 2018 the south side of the building bore scars from a semi-truck crashing into it in the early 1980s. The tractor-trailer lost its brakes while coming down Waynesville Hill. The Rexall Drug Store sign is now located within the 1903 Courthouse Museum. 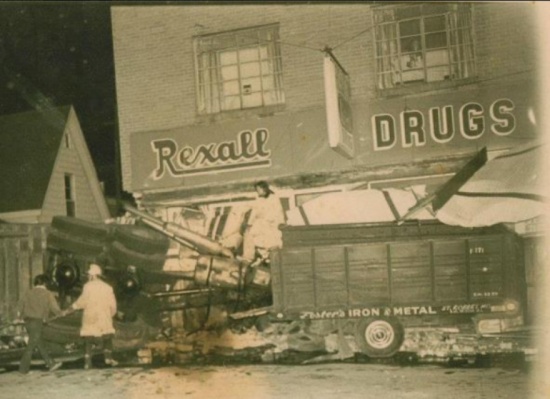