The legislative bill was sponsored by Missouri State Representatives Jim Mitchell of Richland and J. Dan Woodall of Springfield. It had won unanimous support in the General Assembly.

The bill was signed by Governor John Ashcroft during a ceremony at the Pulaski County Courthouse in Waynesville. At the time, Mitchell noted that it was a historic day for Pulaski County because it was the first time a bill had been signed there.

US 66 served as a primary route for those who migrated west, especially during the Dust Bowl of the 1930s, and the road supported the economies of the communities through which it passed. People doing business along the route became prosperous due to the growing popularity of the highway, and those same people later fought to keep the highway alive in the face of the growing threat of being bypassed by the new Interstate Highway System. Route 66 in Pulaski County begins/ends at Exit 169 - West on I-44. It continues throughout until the end/beginning of the county at Exit 145. 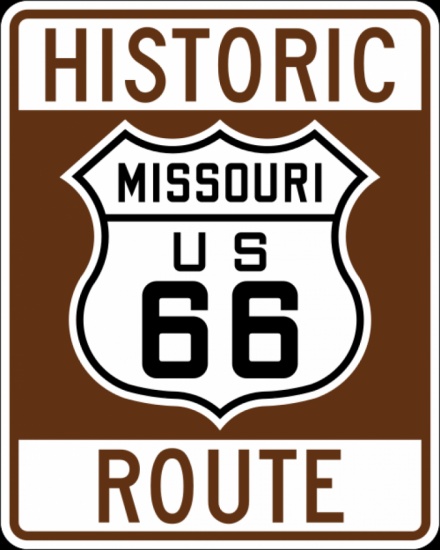