On the evening of June 3, 1903, a lighting strike hit the Pulaski County Courthouse. The ensuing fire destroyed the building. By his quick thinking the County Clerk, Edward G. Williams, was able to rescue many of the county documents and records. He was in a building across the street when disaster struck. (The local Masonic Lodge, Waynesville #375 AF & AM, met in the building across the street.)

In July 1903 the State Architect, Henry H. Hohenschild, a contractor, Edward Long, and William Mitchell a builder, all from Rolla Missouri, and all freemasons, began construction of the new courthouse. Above the front door at the attic-level is what is described as a shield. It is replicated on the backside of the building. The "shield" may be construed to consist of a square, a level, an oblong square, and a plumb. There is no official cornerstone, and it is not known if Williams or any of the three County Commissioners, George W. Berry, John B. Harvey, and Jesse M. Curtis were Freemasons or knew of what may have been Masonic emblems hidden in plain sight.

An image of the "shield" was submitted to the officers of the Missouri Lodge of Research. Opinions were mixed as to whether it might have Masonic significance. We leave it to you to judge for yourself. RWB Wayne Gerdes and Edward Conley. 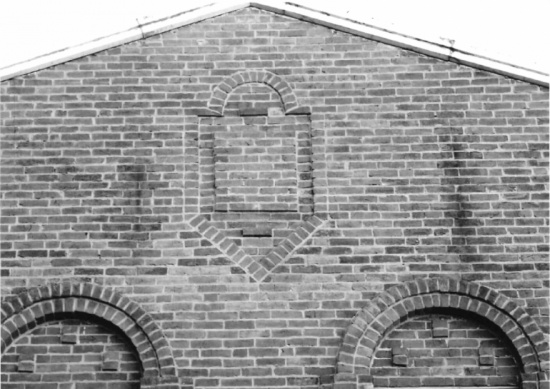