Inset into the sidewalks between 11th and Grant streets are seven irregular shapes, shadows of people, some recognizable and others stretched long and narrow. Sited on the quiet end of Nicollet, the works are visible at a strolling pace so you can stop and read the text on them without being jostled.

Created in 1992, 'Shadows of Spirit' was the first work in permanent materials by young artists Seitu Jones, Ta-coumba Aiken and poet Soyini Guyton. All three went on to become influential artists and mentors.

The shadows honor the contributions of individuals who built Minneapolis – the first change-makers – among them a Dakota woman; the first documented Chinese immigrant; writer Meridel LeSueur; Nellie Stone Johnson, a union organizer; and Dred Scott, an enslaved African-American man who unsuccessfully sued for his freedom. Scott’s 'shadow' reads: his skin brought him bondage, bondage brought him to this place, with family and freedom on the wind, the supreme court heard his case.

Jones believes that public art documents our place in time. He says, 'Through visual symbols, signs and images, it identifies and comments on the challenges that affect us. It can be a mirror we hold up to ourselves, and a reflection of ourselves that we present to the outside.' "

This point of interest is part of the tour: Nicollet Public Art Tour 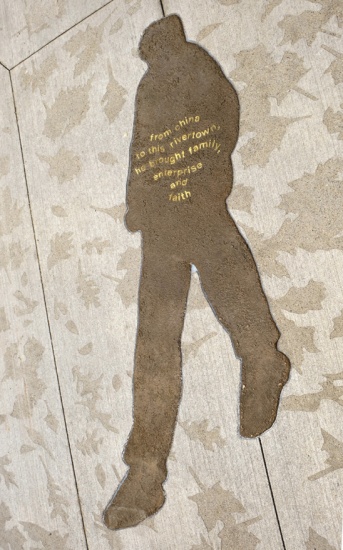 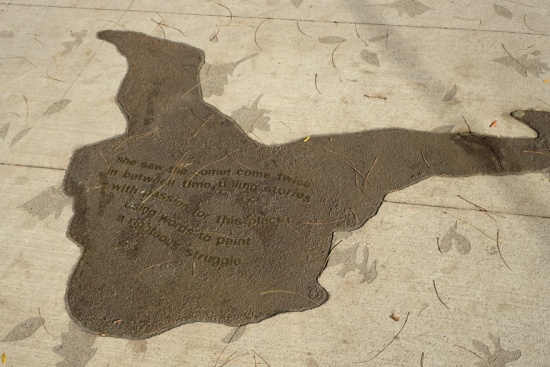 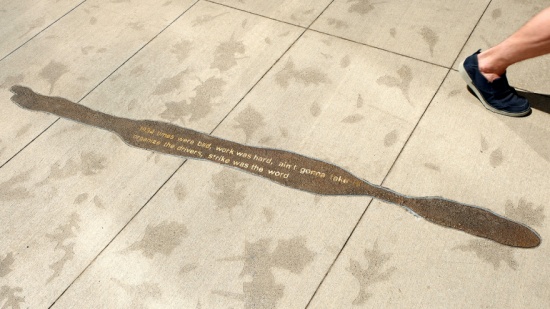 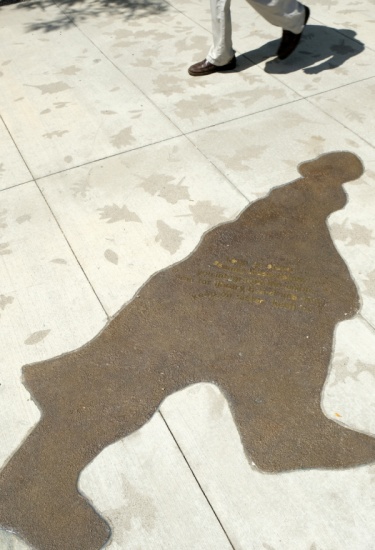