This historic marker tells the story of this site.

In 1861 the Confederate flag lew above the courthouse, but in June of 1862, the Union's Thirteenth, Missouri State Militia marched into town, under the command of Colonel Albert Sigel. They established a fort on the hill south of the courthouse square, overlooking Roubidoux spring. Between the soldiers and the pro-Southern irregular troops called "bushwhackers", much of the town was destroyed by the end of the war.

A diorama of the fort may be seen inside the Route 66 Courthouse Museum. 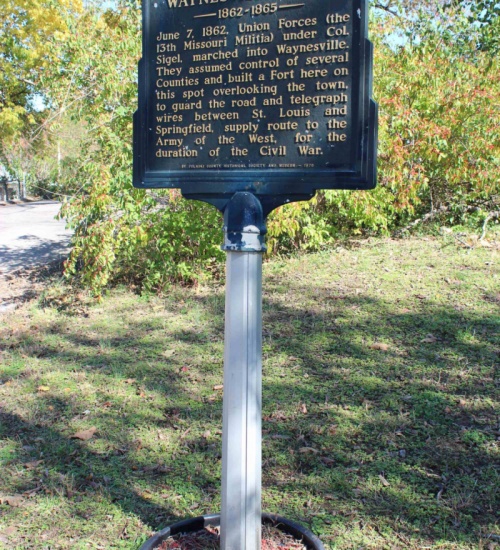