In 1914, Emmett Melvin Baugher of the Home Building Association Company commissioned famous architect Louis Sullivan to design and build this building. Known as the "Old Home Bank," it was completed in 1915. It is considered one of eight “Jewel Box Banks” designed by Sullivan. It was known as the Old Home Bank. It merged with the Franklin National Bank in 1928, changed its name to the Union Trust Company becoming the largest financial institution in Licking County. The building has also been home to a jewelry store, ice cream parlor, and even a butcher shop. The “Old Home,” as it is affectionately called, has undergone a restoration project in the last few years which is now nearing completion.

Image 1: Postcard of the Home Building Association Company building in 1915.

Image 2: Photograph of the Sullivan Building. 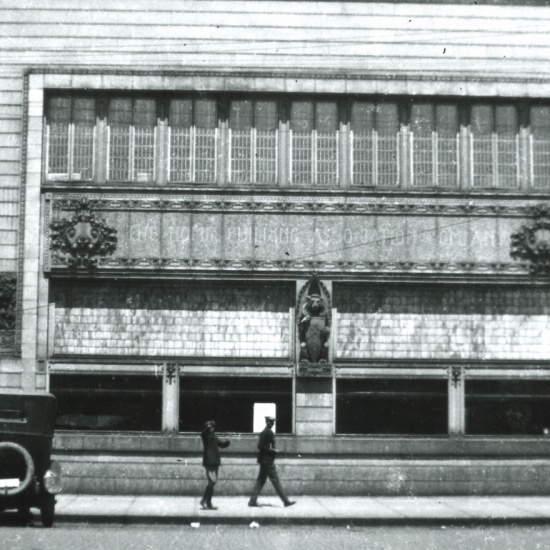 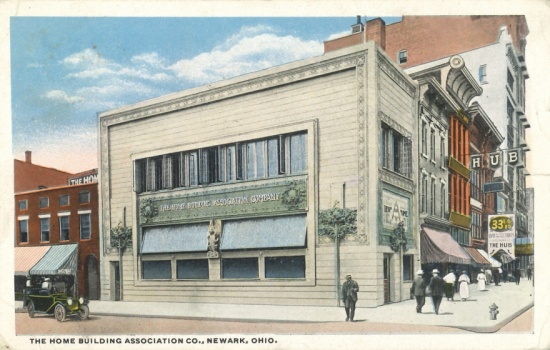