Heading down Dean Street behind The Forum you will see a piece of street art created by Gent48, aka Josh Billingham, ranks among the most talented and prolific graffiti writers in Birmingham. Best known for his character-driven murals, he has exported his creative talents as far afield as Australia and has picked up numerous awards along the way. Gent 48's unmistakable artwork can be witnessed across Birmingham and beyond. 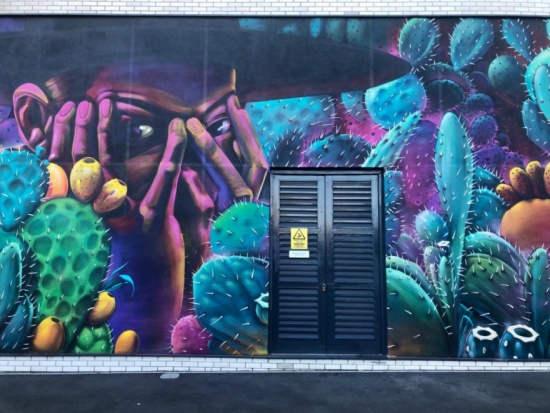