The modern-day municipal building of Utica sits at 39 Spring Street, occupying the same site as Utica’s “Old Town Hall.” Built in 1880, the hall was a multifunctional space, housing the jail, library and public-school rooms in addition to local government offices. The hall would even become a place of temporary refuge for local businesses displaced by Utica’s many fires. The most remarkable feature of the old hall was its spacious auditorium or “Opera House.” Complete with a balcony and eight-hundred numbered and lettered seats, the opera house was a source of pride for citizens. The opera house hosted a Lecture Course series of cultural and educational programs each year. Tickets were sold to citizens and—according to local historian Roelof Brinkerhoff—the Lectures became an integral part of the village until the 1920s. The grand structure was torn down in 1935 and replaced with a new building through the assistance of the Works Progress Administration.

Image 1: Photograph of the Utica Village Hall around that features its hexagonal tower and turret that were a part of a fire house

Image 3: View of Village Hall through the ash covered remains of a fire on Main Street, likely the devastating Vance Hotel fire in December 1909 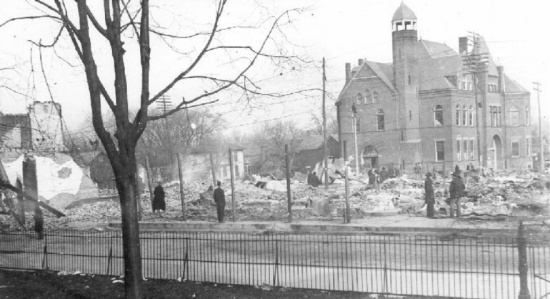 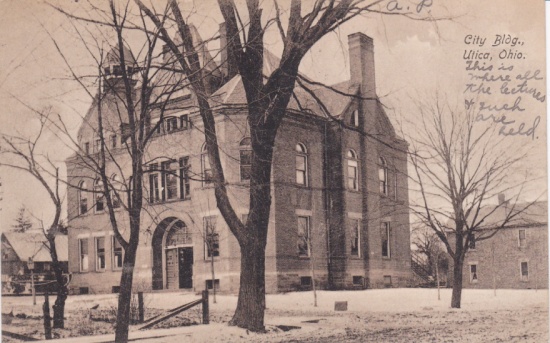 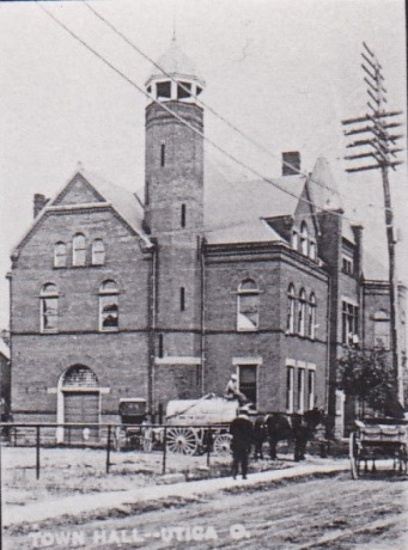