If ghosts reside anywhere within the city of Algiers, you will find them at villa sésini. This seemingly innocent location was used as the central hub of torture and interrogation by the French during the French Algerian war. It is in these walls that all threats to the French government, real or perceived, were detained, tortured, and often executed. Trial was not provided nor were witnesses required, as the war progressed so to the violence inside the walls of villa sésini played a major role in the French defeat. In a war notorious for torture, this building was among the worst examples, sparing neither woman nor child, the French would use the villa sésini until the very end of the war. To the Algerians this villa is and always will be a house of horrors, to the world it is a reminder of what evils humanity is capable of.

While not the most famous tourist attraction within the city of Algiers, villa sésini is a classic example of colonial architecture and contains within its walls thousands of untold stories. This site is largely in limbo awaiting what the future may hold for it. In the past there have been discussions of turning the facility into a museum of torture to show the world the horrors of the practice. While this idea has largely stalled the building still finds itself under government jurisdiction, awaiting decisions and the allocation of resources to find a brighter future than its dark past. By preserving the building Algiers retains the villa sésini’s opportunity at historical redemption, much like the Holocaust, atrocities committed by man should never be forgotten. 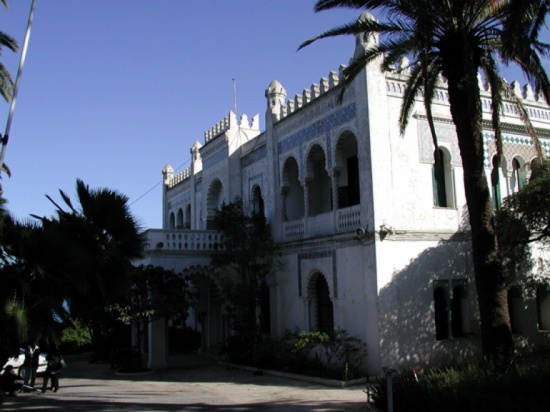