The Virgin de Guadalupe mosaic mural demonstrates the important connection between the Catholic Church and Chicano culture. The artist, Cheryl Eberly, was the 2017 Teen Librarian and Volunteer Coordinator at the Santa Ana Public Library. The mural can be found at the Fiesta Plaza Marketplace, also known as Santa Ana’s East End. This space is one that upholds Latino heritage alongside the gentrification of the city.

This point of interest is part of the tour: Discover Santa Ana Public Art 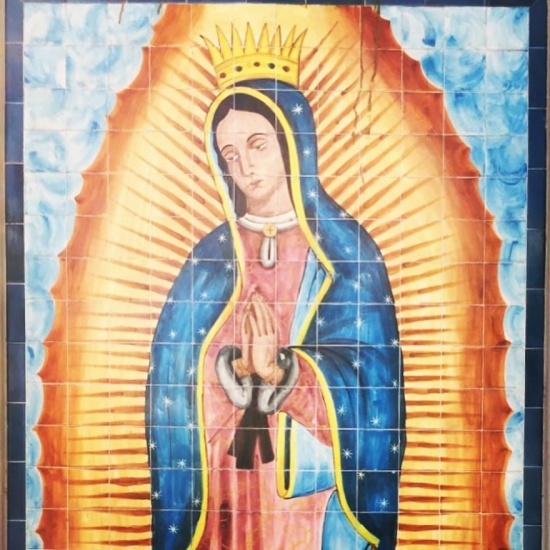