The Watson Building—once home to James Watson’s dry goods store—remains one of the village’s oldest structures. It was spared the conflagrations that swept the neighboring buildings on the west side of South Main Street, including a devastating fire in 1910. It is rumored that the Watson Building briefly hosted Utica’s first library in 1902, though that cannot be confirmed. The site has become synonymous with its longest occupant, Watts Restaurant. Originally called the “Eagle,” the restaurant was founded in 1912 by Herbert R. Watts. In the mid-1930s, the name was changed to “Watts” as the family continued what was to become a multi-generational business. After a century of operation, the Watts family sold the restaurant in 2015, yet the iconic downtown fixture remains in business to this day.

Image 1: Photograph of the Watson Building, Watts Restaurant, and Main Street in 1965

Image 2: Advertisement for Watson's dry goods store that ran in the 1879 Utica Herald

Image 3: Photograph of the dining room of the Eagle Restaurant 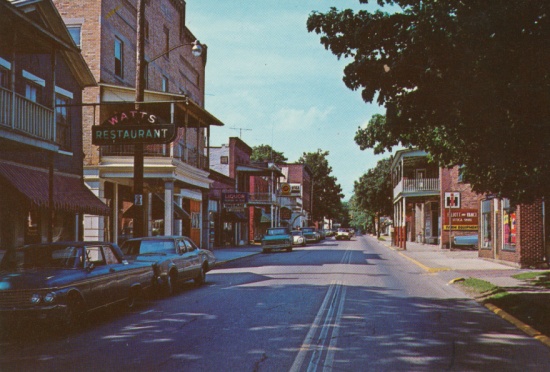 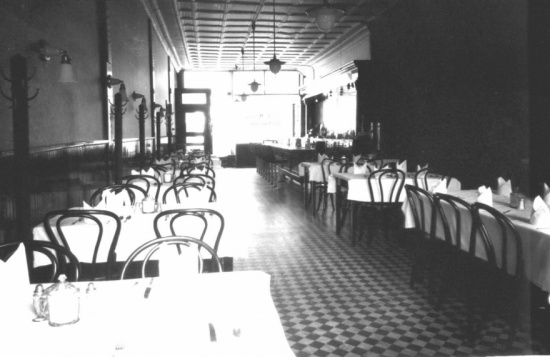 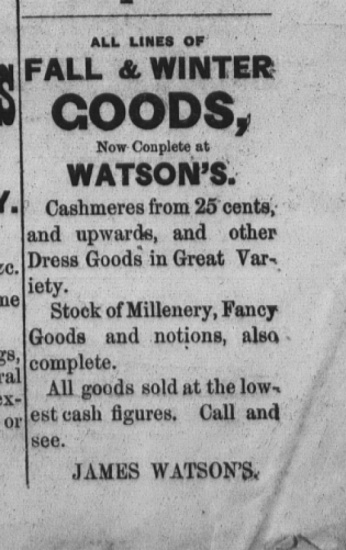