Roubidoux Creek is named for the family of French traders prominent in the early settlement of Missouri. Around 1831, George Washington Gibson became the first "squatter" on the site of present-day Waynesville; he settled on land near the big spring. in 1839 the county platted the town, and lots were sold to the public. The post office was secured by Harvey Wood who said that he was going to have it named after "Mad Anthony" Wayne. The town first grew up around the creek, but after 1847 growth shifted to the area around the courthouse. The park is now home to many festivals throughout the year and is a central location for families to mingle and enjoy the park amenities; splash park, amphitheater, Little Hero's Playground, pavilions, walking trail, trout fishing, river access, and various festivals throughout the year. 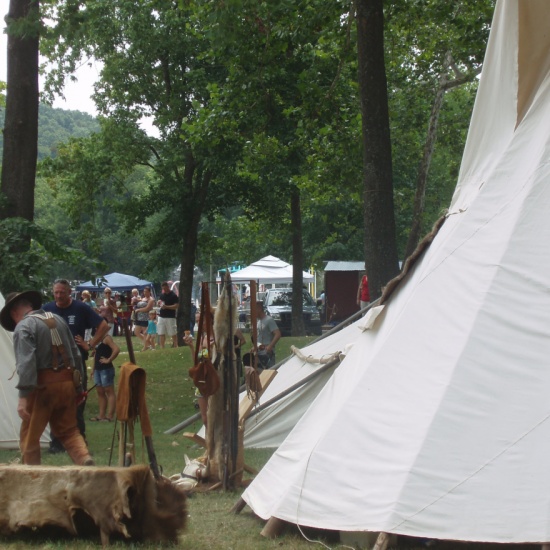