Holy Cross was one of the earliest areas of Indianapolis to be settled and now is one of the city's historic districts.

Parking is most available near the intersection of North Arsenal Avenue and Market Street.

Holy Cross was one of the earliest areas of Indianapolis to be settled. In about 1819 or 1820, George Pogue built a cabin on the bank of a creek that would eventually bear his name. The cabin's location was about where Pogue's Run Creek and Michigan Street intersect.

In 1822, a land patent was obtained from the federal government by Casey Ann Pogue for a tract of land along New York Street, from Oriental to Highland. In 1932, the land was deeded to Noah Noble, who was Governor of Indiana from 1831 to 1837. Noble built a home on Market Street that was reminiscent of the homes he'd grown up with in Virginia, which he called Liberty Hall. He married his second cousin, and they had 14 children. Only two survived to adulthood. Daughter Catherine Noble married Alexander H. Davidson in 1840, which was conducted by the Rev. Henry Ward Beecher, brother of Harriet Beecher Stowe and pastor of Second Presbyterian Church at that time.

When Gov. Noble died, he left 80 acres to Catherine and Alexander Davidson. They build a home on the farm, which they called Highland Home. Four generations of the family lived there. The last family member to own Highland Home sold it to the City of Indianapolis in 1898, with the stipulations that the home be torn down, and the land become a public park. Thus was Highland Park created, which is now a centerpiece of the Holy Cross Neighborhood. In it is an oak tree reported to have been planted by Mrs. Noble.

In 1955, the city decided to sell Highland Park. Through the efforts of a great-granddaughter of Governor Noble and the neighborhood association, the park was saved. Nonetheless, the neighborhood began to decline. Longtime residents moved out, but others refused to abandoned the historic neighborhood. With the help of the Near Eastside Community Organization (NESCO), home were rehabilitated. Investors bought homes and fixed them up. Builders bough vacant lots and constructed new cottages. Young couples wanting to be near downtown bought homes. Holy Cross has come back to life again.

The home at 230 North Arsenal Avenue marks the former entrance of the Baseball Fields and Athletic Park.  "As the Indianapolis Indians look to celebrate 125 seasons of professional baseball in Indianapolis this year, members of the Arsenal... Read more
6

The Church of the Holy Cross - 1401 East Ohio Street

This empty lot at the northeast corner of Ohio and Oriental Streets used to be the location of a small grocery store. The grocery store was destroyed when it mysteriously exploded. Suspicions point to arson due to issues with food stamp fra... Read more
8

Ohio Street and the Interstate

Angie's List has done a great renovation of historic buildings for office space along Cruse Street, Pine Street, and East Washington Streets They tried to keep some history in the renovations, like one building that at one point before Angi... Read more
13

The firehouse was also part of the Angie's List properties. This historic building was converted into the "front door" for Angie's List visitors.
14

The original building for the Washington Irving School #14 was built in 1880's and faced Ohio street. This location is now a parking lot.  The current school opened in the mid 1990s and replaced the old building. This cost $8 million to c... Read more
16 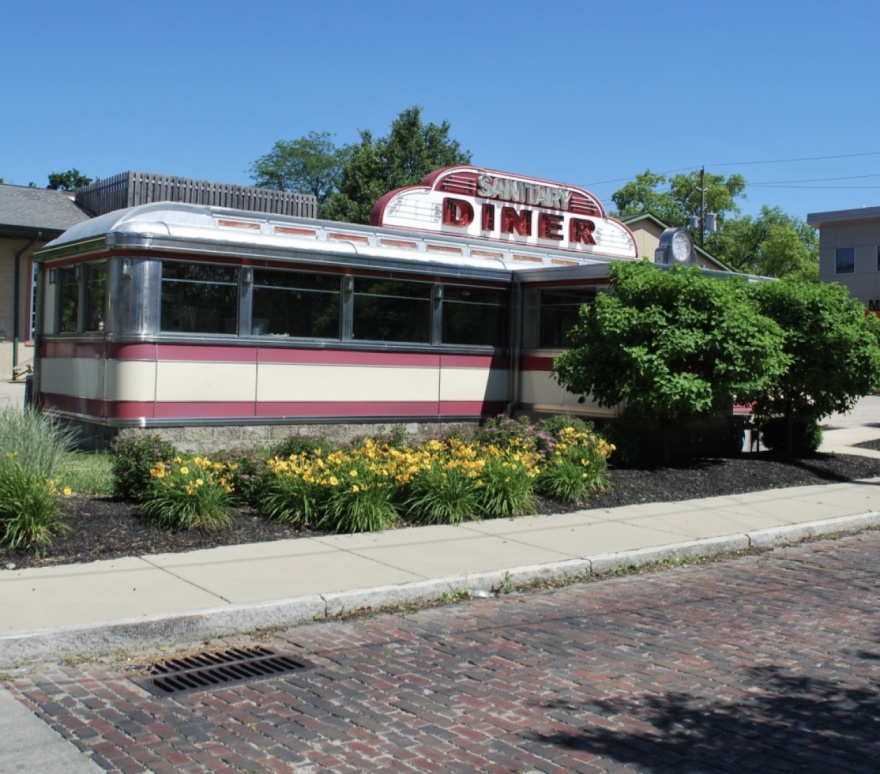 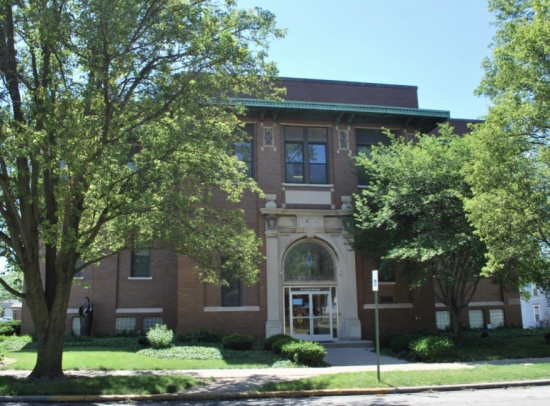 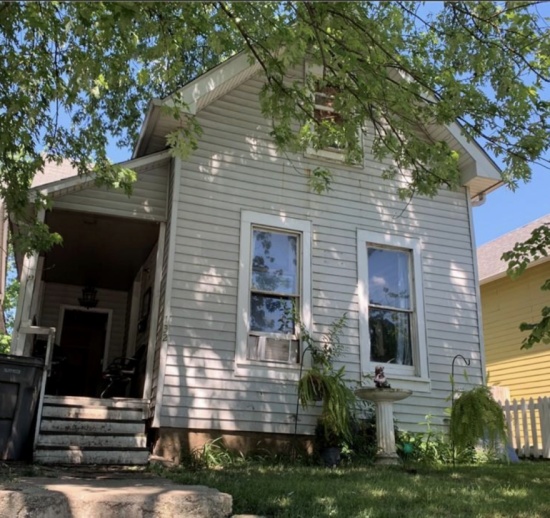 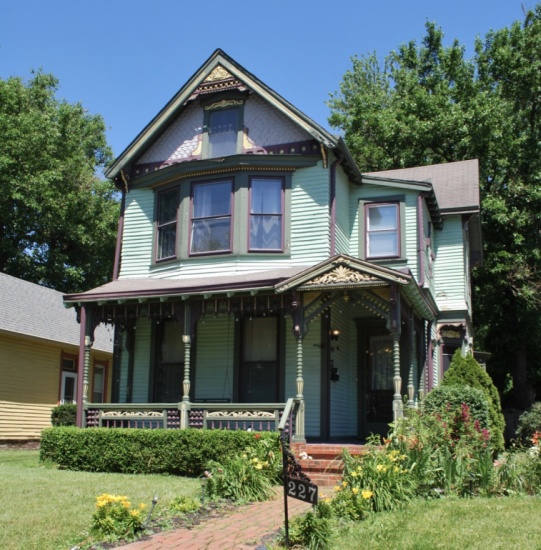 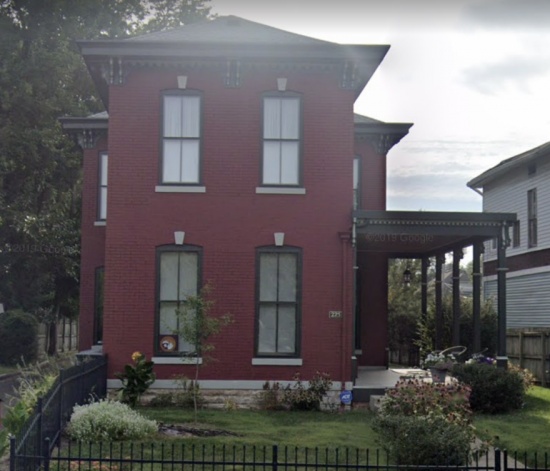 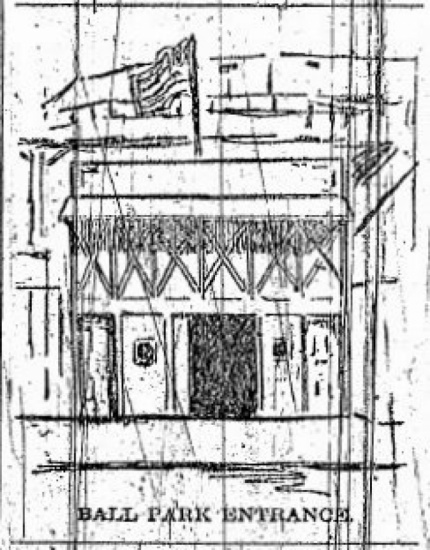 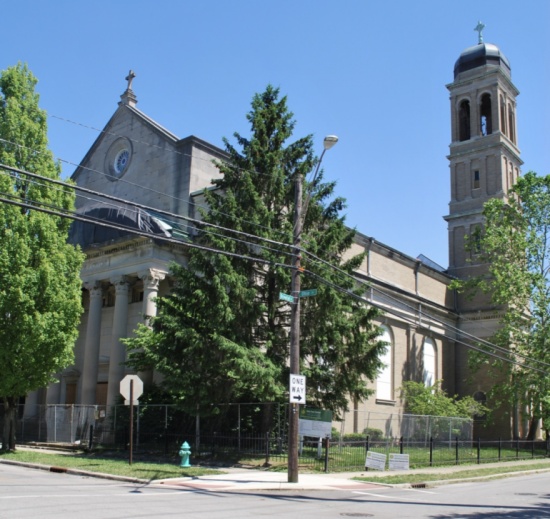 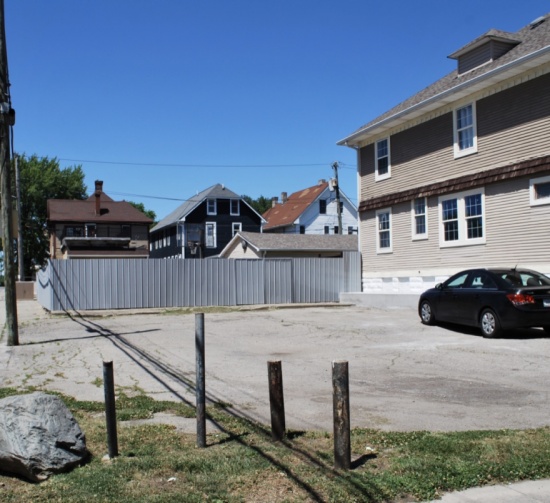 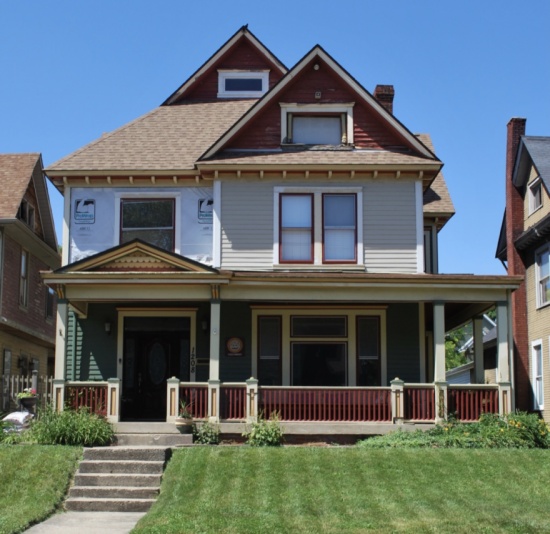 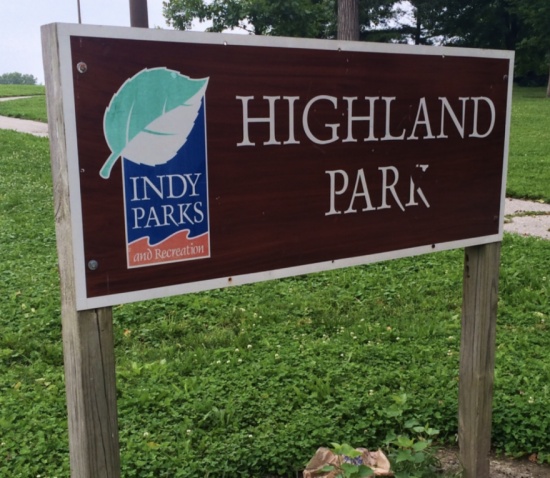 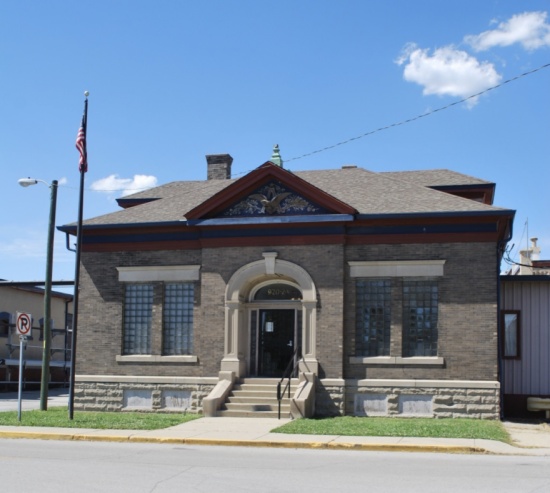 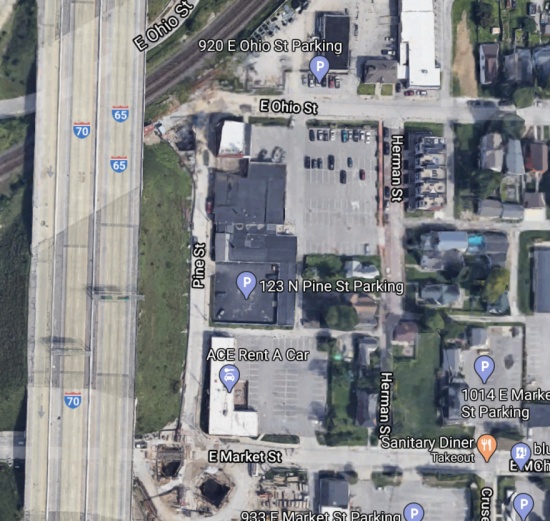 Ohio Street and the Interstate
Photo By: Google Maps Image 2020 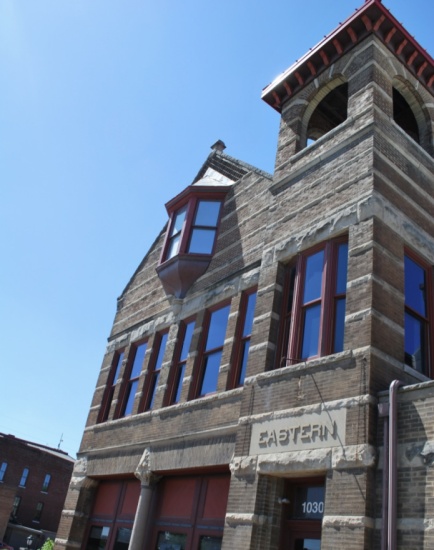 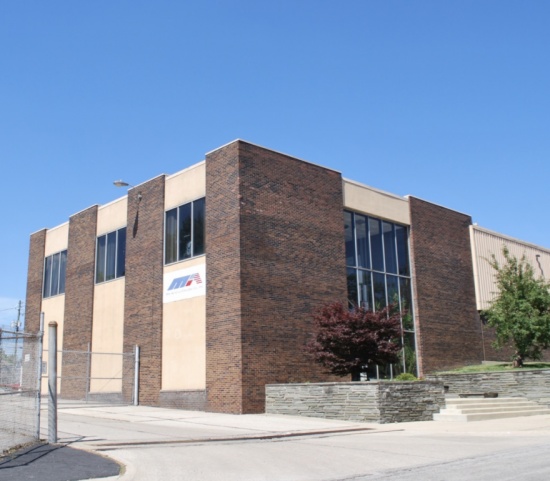 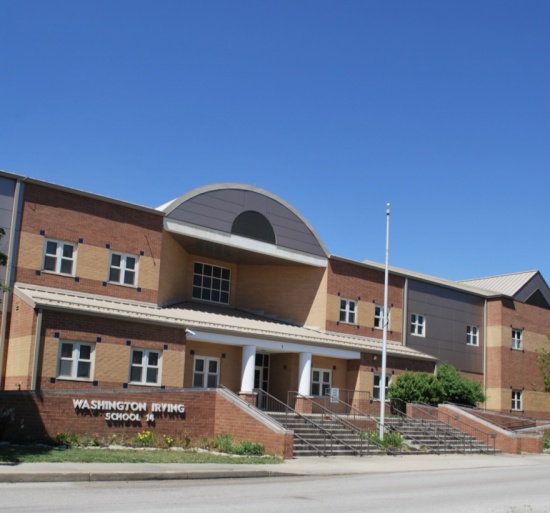 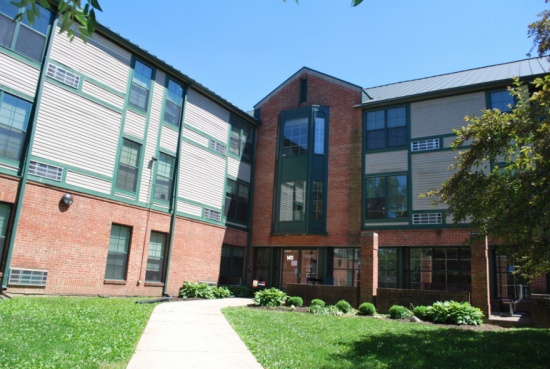 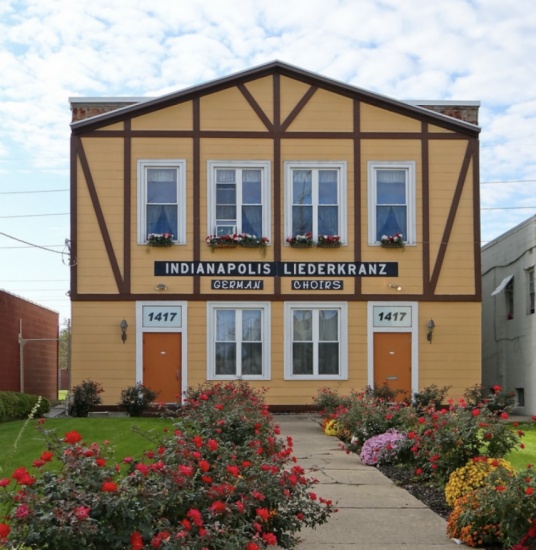 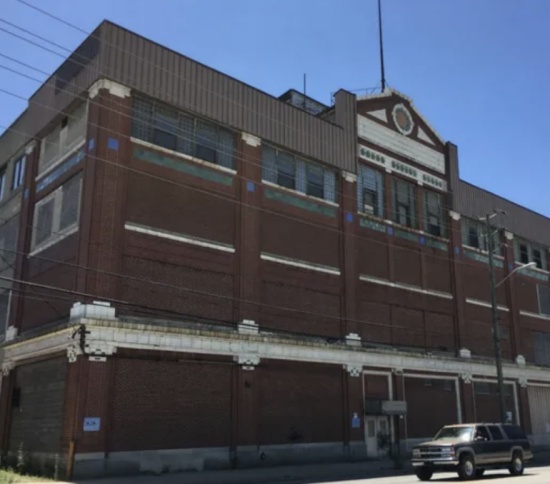 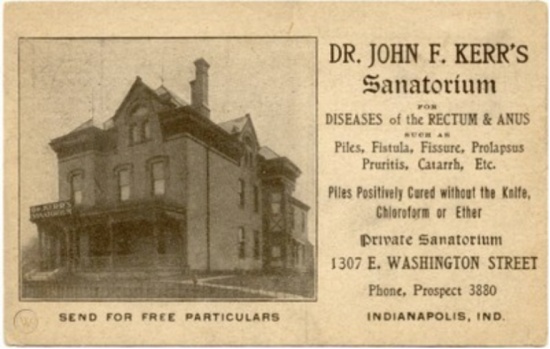