The Spit at Mosman is an area rich in natural beauty and local history. This walking guide, winding from Pearl Bay, through to Spit West Reserve and Spit East, along Parriwi and circling down to Rosherville Reserve and Chinamans Beach, details the various sites within these localities and explores their histories, which are important locally and against the greater context of Sydney’s development. The Borogegal and Gamaragal people lived and maintained the Spit and Mosman area for thousands of years, prior to European arrival in Port Jackson in 1788 and their subsequent exploration of Middle Harbour which led them to the Spit.[1],[2]

In both Aboriginal and European settlements, the area’s unique geographical formations, such as the narrow sand spit, sandstone ridges, and various harbour inlets and bays, ensured a constant hive of activity, leading a historical legacy of great depth and diversity.

Despite the Spit’s current role as a major transport thoroughfare to the Northern Beaches, the enduringly secluded and private nature of the reserves and bays has maintained the area’s natural beauty and encouraged activity that contributes to the Spit’s fascinating historical heritage.

Nestled in the protected waters of Pearl Bay is one of the few remaining houseboats moored in Sydney Harbour, and a remnant of what used to be a significant flotilla of Mosman residences. Houseboats began emerging here in Pearl Bay since th... Read more
2

The rocks and inlets around Pearl Bay, as with much of those around Middle Harbour, or Warringa as it was known to the Indigenous people, were important sites of Aboriginal activity. The rocks and caves adjacent to the water are reminiscent... Read more
3

The land at Spit West Reserve was obtained through reclamation practices, which begun in the 19th century when European settlers began developing the built environment. It was significant extended in the 1920s to widen the newly built Spit ... Read more
4

Exploration of the Spit by Europeans in 1788 was led by Captain Arthur Philip, commander of the First Fleet and eventual first governor of the Colony of New South Wales.[1] In Spit West Reserve, a memorial stands, created in October 1988 to... Read more
5

Spit Road that travels adjacent to Spit West Reserve is one of Sydney’s major arterial traffic routes. Construction of the present Spit Road began in 1924, as one of the first concrete roads in New South Wales Designed and project managed... Read more
6

Middle Harbour and the waters around the Spit have hosted important events in Australian history throughout the last few centuries. In the middle of Spit West Reserve, between the playground and playing field, is the Lucinda Memorial Sculpt... Read more
7

A number of informative signs and viewing platforms are available to enjoy along the path in Spit West Reserve, placed by Council during developments and upgrades to the walking track, bike track, recreational areas and tidal sea wall, whic... Read more
8

At the end of Spit West Reserve is the Spit Bridge. The Spit’s importance as a link to the Northern Beaches was recognised early, and the first Spit Bridge was constructed in 1924, while the new Spit Road was being built, and the bridge w... Read more
9

Spit East and the story of the Harbour Whaler Shark

Rounding along the path past the Spit Marina and under Spit Bridge lies Spit East. It would have been this aspect which greeted European settlers when they first explored Mosman’s coves and inlets in Middle Harbour. The sand spit, called ... Read more
10

Spit East has always been an important side for transportation over to the northern side of the Spit. In 1949, Peter Ellery launched crossing services across the Spit in a small rowboat.[1] In 1862, Ellery launched a hand operated cable pun... Read more
11

Currently, Spit East is home to a variety of water and boat clubs and services, including leisure clubs such as the Middle Harbour 16’ Skiff Sailing Club, Middle Harbour Yacht Club, and the Marine Rescue Middle Harbour.   To continue wi... Read more
12

Nestled between Parriwi Road and Spit Road is a sandstone sign welcoming visitors to Mosman. Directly above this sign, a viewing platform and rail from Parriwi Park can be seen. This bushland park and the beautiful lookout, offering views o... Read more
13

Directly behind the Mosman sign are ten cabbage palm trees, which were planted in 1999 to represent the ten members of the Spit Diggers’ Amateur Swimming Club who lost their lives during active service in World War II.[1] The ten club mem... Read more
14

Parriwi Road was constructed in 1887, in preparation to accommodate the extension of the tramline from Spit Junction down to the Spit in October 1900.[1] The tram track was a single lane which followed the cliff cut down to the water.   O-... Read more
15

The beautiful view and outlook offered from Parriwi Road faced a threat in 1932, when the Mosman Council favoured Parriwi Park as a site for the installation of a garbage incinerator, replacing the site which was at the time used as a quarr... Read more
16

The Rosherville Lighthouse can be found towards the top end of Parriwi Road, between residential homes. Built in 1911, it is a navigation beacon to guide ships in and out of Sydney Harbour, and serves as the rear range light with the front ... Read more
17

Sorry, there wasn't any information provided for this point of interest.
18

What was and continues to be a peaceful spot saw some unruly action one May evening in 1882. Mosman’s growing population, the strategic position of Mosman’s fortified headlands and British military conflict in the Asia-Pacific region, r... Read more
20

Similar to shacks that emerged in Pearl Bay, Chinamans Beach was home to a number of shack communities. Mosman’s shacks were gradually abandoned, and by the end of the 1930s, all had been demolished except an older camp at Chinamans Beach... Read more
21

The beach also has important natural history in terms of dune landscape. In 1966, the Municipal Engineer Brian Leckey began a landscaping programme on the land being progressively acquired at Chinamans Beach. Several grassy mounds were crea... Read more 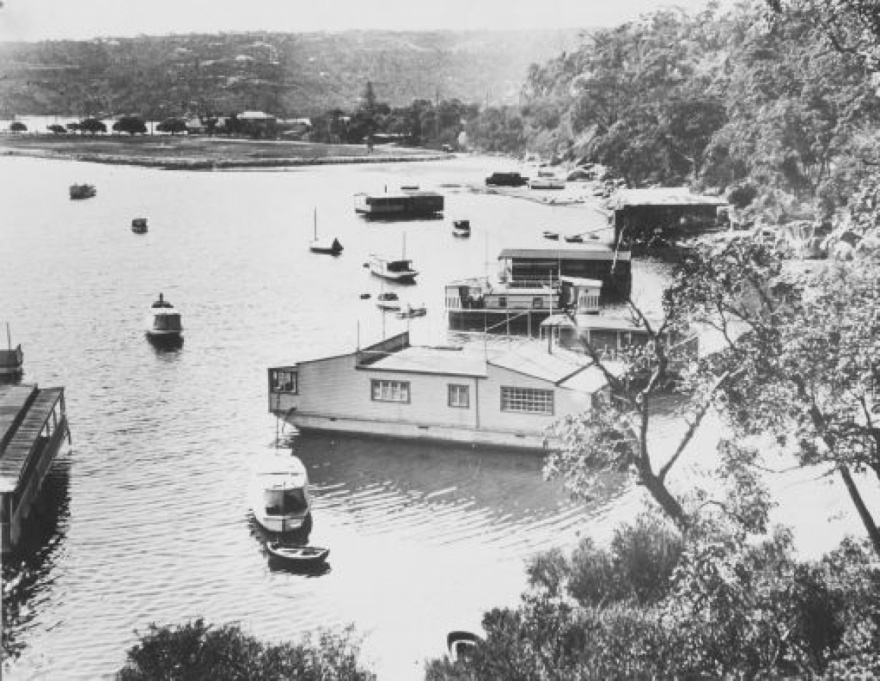 The Spit & Chinamans Beach
Photo By: Houseboats at Pearl Bay in the 1930s. 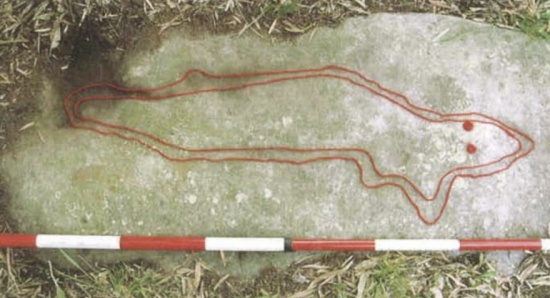 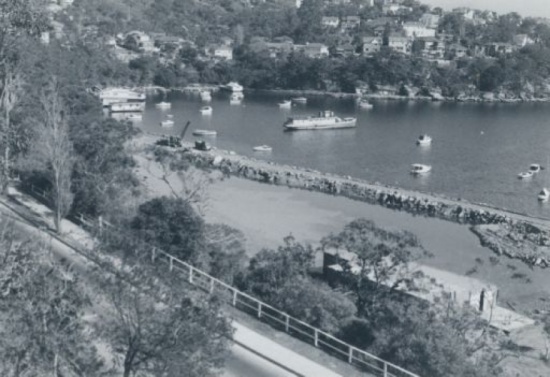 Captain Arthur Phillip monument
Photo By: Close up of plaque 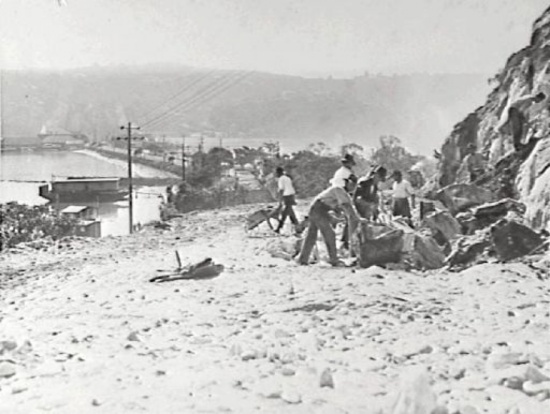 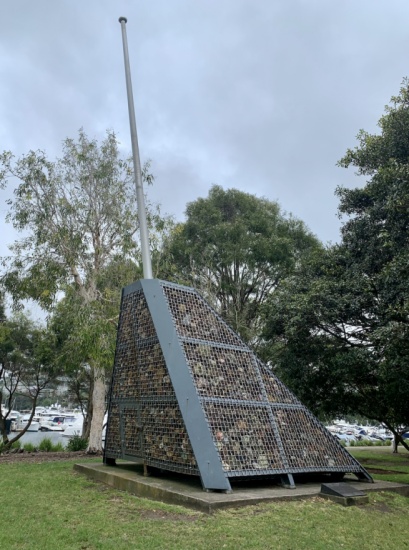 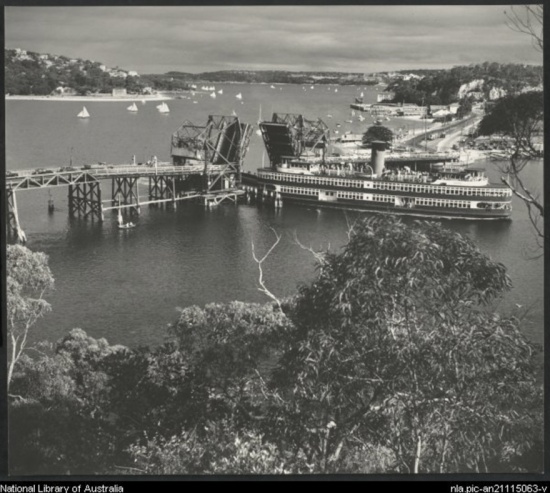 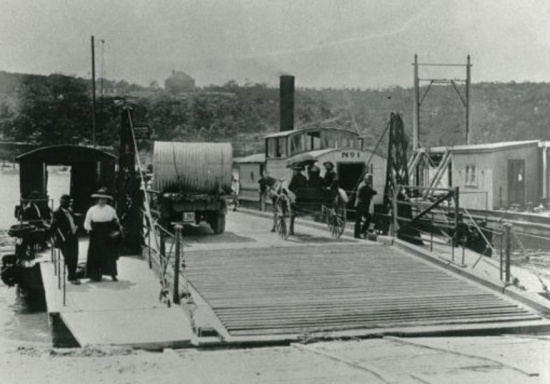 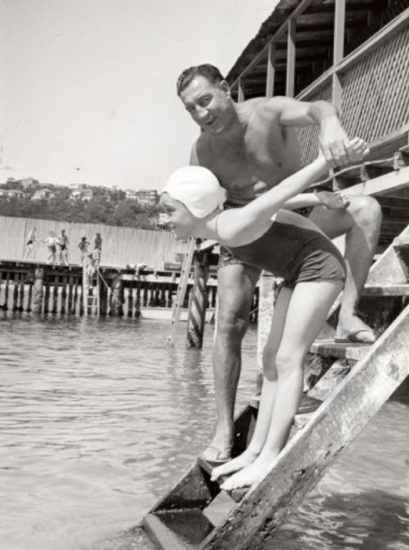 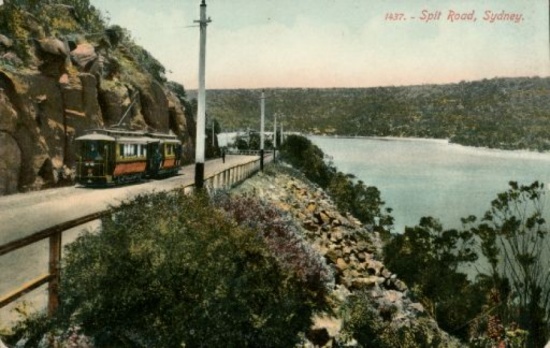 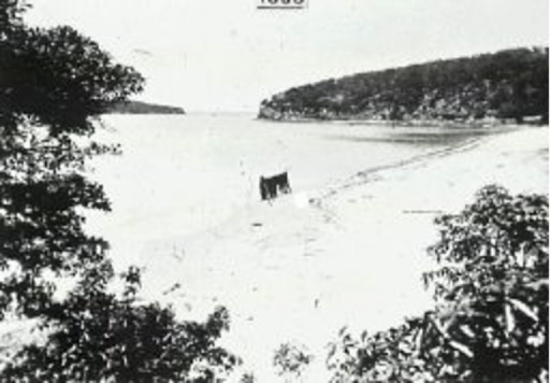