Licking County has a large number of surviving earthworks and mounds built by Native Americans in the centuries, and even millennia, before the arrival of Europeans to North America. Hopewell, Adena and Fort Ancient cultures have left a lasting mark in the region. These sites were constructed with ingenuity and a deep understanding of mathematics, engineering and astronomy. Though many structures have been lost over the last two centuries, some of the most spectacular sites, such as the Great Circle Earthworks, remain. Take the Licking County Library’s driving tour of the earthworks and mounds that are publically accessible in the county and learn more about the area’s prehistory and cultural heritage.

The first part of the tour centers around the Newark Earthworks while the second half explores the county more broadly. The second half requires walking and hiking to reach prehistoric sites.

When Europeans first arrived in the Licking River Valley, they found a large and complex series of earthworks created centuries prior by the Hopewell culture. Built between 100 B.C.E and 400 C.E., the Newark Earthworks covered more than fou... Read more
2

Great Circle Earthworks, with an earthen wall that varies between five and fourteen feet in height, spans twelve-hundred feet across and encompasses thirty acres.  Along the inside of the circle wall is a ditch or moat that ranges in depth... Read more
3

A small mound stands in the northeast section of Veterans’ Park, near the corner of Sixth and Church Streets.  The date and purpose of the mound are unknown, but its potential as a burial site may have inspired early settlers of Newark t... Read more
4

This 120-acre tract of earthworks containing three structures in geometric shapes, and known collectively as the Octagon Earthworks, is sited south of Ohio state route 16 in Newark on the grounds of Moundbuilders County Club.  The largest... Read more
5

The exact creature depicted in the 217-foot, nearly acre-sized mound is unknown, yet the moniker “Alligator Mound” has remained with the site. Presiding over a hilltop view of Raccoon Creek near the village of Granville, its features in... Read more
7

Fairmont Mound stands just north of the National Road at Fairmount Church on a road of the same name.  The mound has not been attributed to a specific period or cultural group, yet, like other Native American mounds, it has become incorpor... Read more
9

This prehistoric structure requires a bit of a hike to observe; Huffman Mound, also known as Tippet or Tippett Mound, is located within Taft Reserve, a 425-acre reserve that is part of the Licking Park District.  Huffman Mound likely date... Read more
10

Flint Ridge is a geological formation covering a ten-mile stretch between eastern Licking County and western Muskingum County, just north of the National Road. Native Americans came to Flint Ridge beginning around 12,000 years ago to mine t... Read more 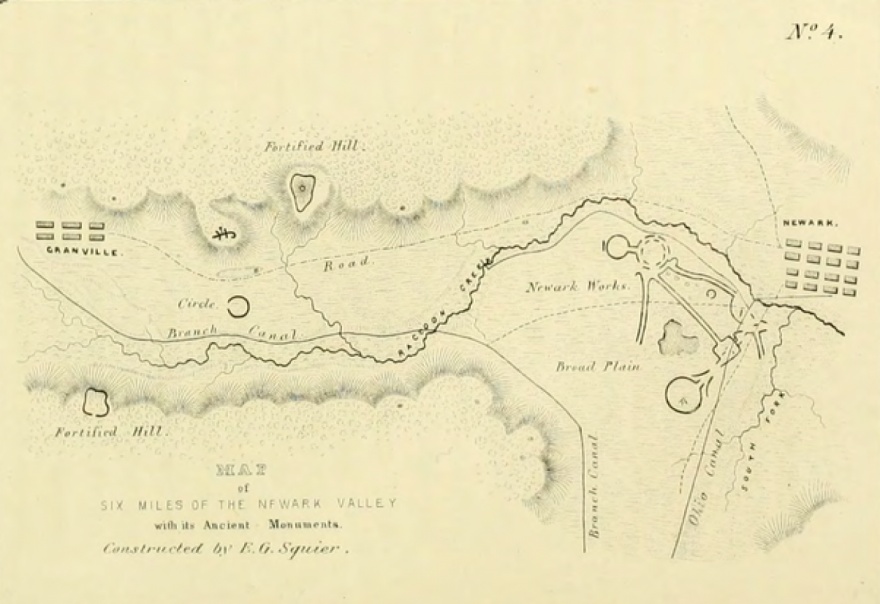 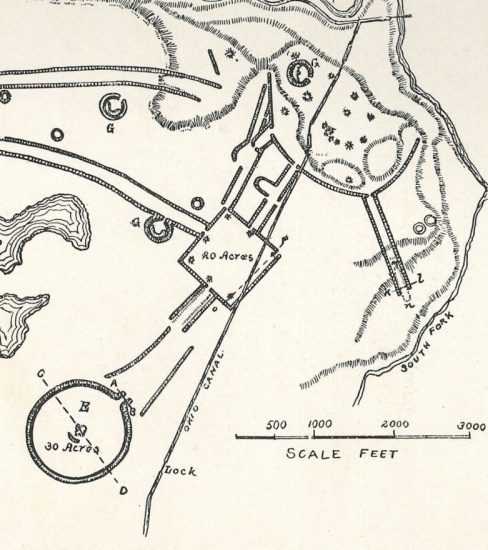 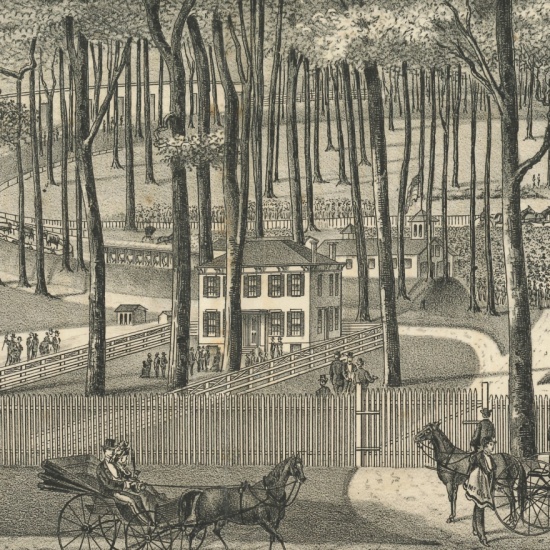 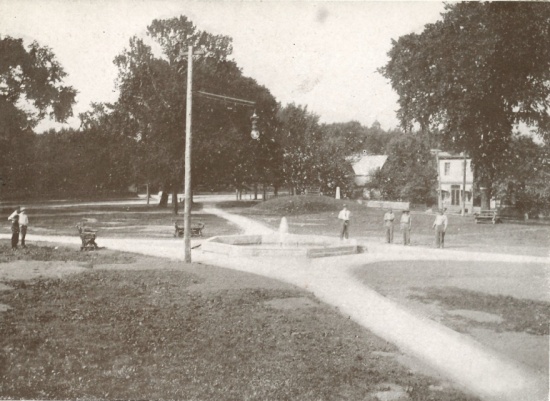 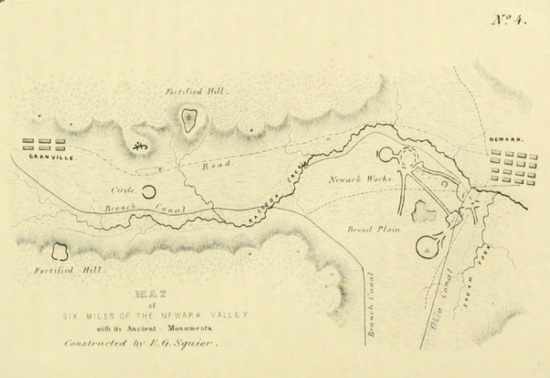 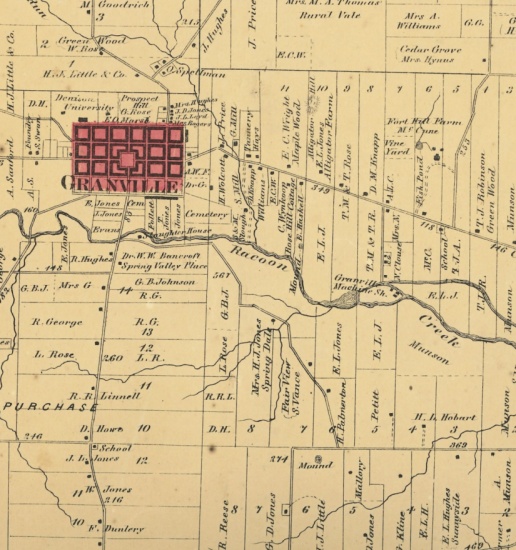 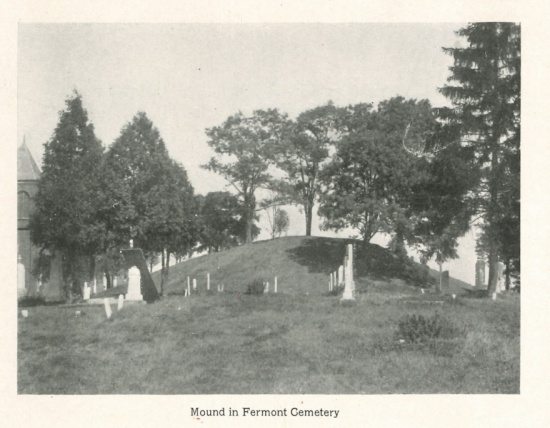 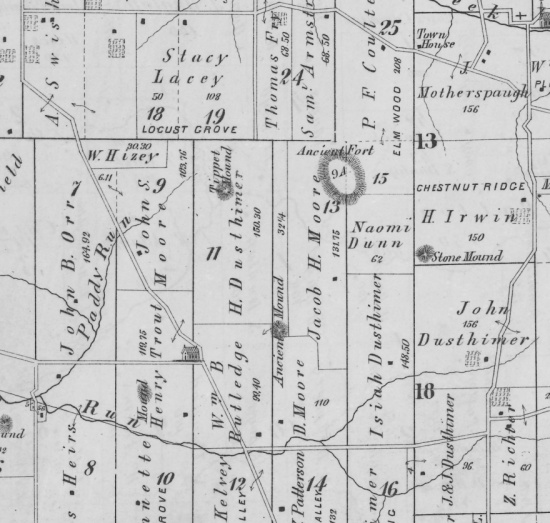 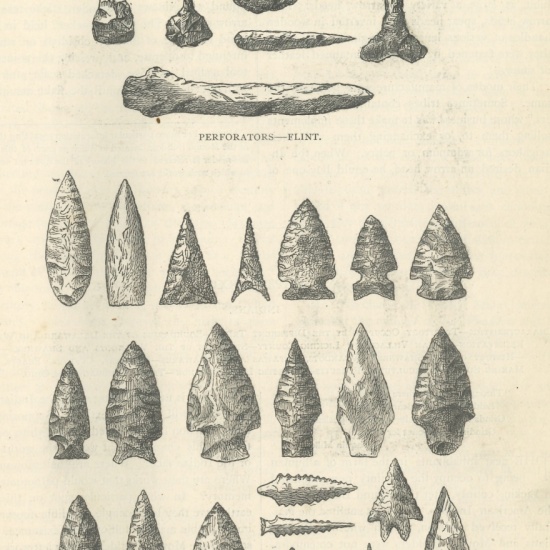