Most of the Reedy River above this point is a set of small creeks converging to produce wetlands, full of broadleaf arrowhead. Just as it begins to pick up volume, we begin to see how the city turned the river into a small canal, reclaiming land for mills, warehouses, and eventually residential housing. And on the land where you are now, that river canal made possible ball fields--fields that were substitues for a much grander vision.

In 1907 a report titled “Beautifying and Improving Greenville, SC” was written by Kelsey & Gould, a Boston landscape architect. It detailed how Greenville could build a series of three parks along the Reedy River. Greenville took the advice to build two of the parks, now Cleveland Park and Falls Park.

Instead of building the third park, which would have been in the predominantly black, lower-income part of Greenville, the city purchased 15 acres of marshy meadowland to create a park for “negro children.” Forcing the Reedy River into a small canal, the flat balfields created were called Mayberry Park.

According to City Lab, in December 1937, the city appropriated some of the land to build a baseball stadium, and even though the park was meant for use by the black community, the new stadium was segregated with black people only being allowed to sit in a small section in the outfield and the black baseball team, the Black Spinners, only being allowed to practice and play when the white teams weren’t there. What began as a park of equal aesthetic and water resource value, became a canal with ball fields surrounding it--fields for the black community who lived along it to use only when white people left it unwanted.

In January of 1939, Elias B. Holloway, Greenville’s first black mail carrier, and others appeared before the city council to beg for a park for the children of the community, and while the idea was not rejected outright, the idea for the park was set aside in favor of building housing where the park was proposed to be. Despite Holloway and hundreds of others continuing the fight, the idea for the park was forgotten by the city. There were other efforts to see the future of the land by the Reedy River developed for recreation space, but as time passed, the land was bought and sold to build housing, junkyards, and stockades.

According to Greenville Online, there were three important publications that came out supporting the expansion and potential of the Mayberry Park area: Clemson University’s Center for Community Growth and Change’s “Reedy River Master Plan” in 2002, the city's “Greenville Park Master Plan” in 2013 and in 2014, and the city's “Greenville West Side Comprehensive Plan.” These publications recognized that “Beautifying and Improving Greenville, SC,” published in 1907, was ignored and that this problem needed a solution.

In order for Greenville to right their previous wrong, the city decided to embark on the construction of the new Unity Park, which is set to open in 2021 (groundbreaking in May can be seen in the attached video). At the site of the small playing fields of Mayberry Park, Unity Park will be a vast improvement, improving not only race relations through shared amenities and cultural venues, but also restoring water quality through the establishment of new wetlands.

The new park does not come without its challenges, though, as the city is attempting to ensure the area surrounding the park does not become so gentrified and inaccessible to the black community for which it is a long-delayed promise.

At Cleveland Park in two stops, you'll learn more about how segregation affected public parks in Greenville--on the other side of town. 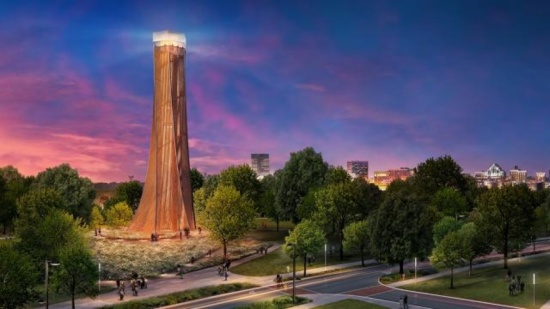 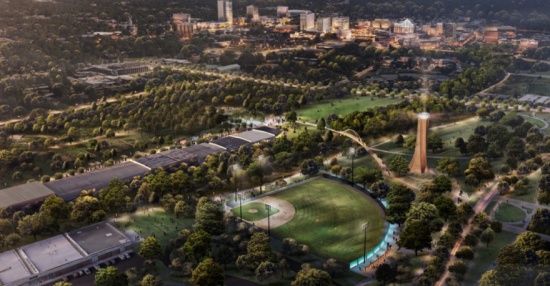 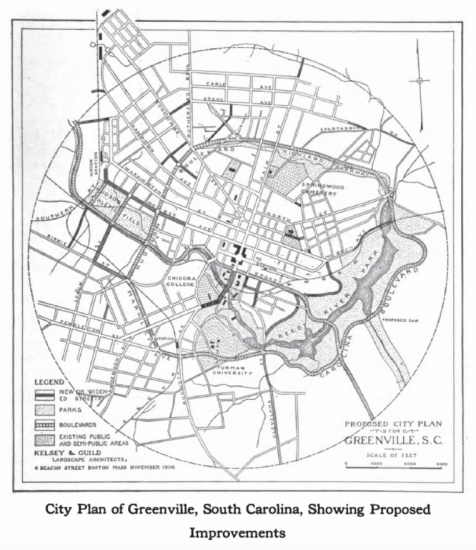