Created By: Friends of Stewart Park

Stewart Park, Ithaca's beloved public park located at the southern end of Cayuga Lake, offers a multitude of outdoor recreation and leisure opportunities set alongside an exquisite lake vista. Once a location of the Cayuga people’s village of Neodakheat, the area opened as privately-owned Renwick Park in the 1890s. On July 4, 1921, the park became Stewart Park, the City of Ithaca’s first public park, re-named for Mayor Edwin C Stewart, who generously supported the park with enthusiasm and money, but died a month before its opening.

Step onto the Cayuga Waterfront Trail to encounter the park's story, an interesting history tracing from its roots with the Cayuga Nation to a cinematic spotlight on the silent film industry, to current revitalization efforts by the Friends of Stewart Park.

Welcome to Stewart Park! The current main entrance to Stewart Park was created in the 1960s after the construction of Route 13. Around half a million visitors come through this entrance every year. Since 2011, Friends of Stewart Park has be... Read more
2

The trailhead to your left is one of six on the Cayuga Waterfront Trail. Completed in 2010, the Trail has had a transformative effect on Stewart Park, bringing more and more visitors to enjoy the park’s lakefront promenade before continui... Read more
3

One of three park buildings designed by architects Clarence Vivian and Arthur Gibb, apprentices to prominent Ithaca architect William Henry Miller, the Picnic Pavilion was constructed around 1895 as part of an Italianate-inspired architectu... Read more
4

Although the area to your left, between the historic Picnic Pavilion and Wharton Studio buildings, now serves as a parking lot, a century ago it was home to an elegant bandstand --  a gathering space for the community to enjoy live music. ... Read more
5

This building, by Clarence Vivian and Arthur Gibb, was originally designed as a dance pavilion. Over the years, it also housed a vaudeville stage and served as a movie theater. Nowadays it hosts the City of Ithaca Department of Transportati... Read more
6

Designed by Clarence Vivian and  Arthur Gibb and originally built in 1895, the Tea Pavilion once served as the welcoming point for visitors to the park, and was the last stop on the popular trolley ride to Renwick Park from downtown. Over ... Read more
7

The Cayuga Bird Club has a history of protecting and creating bird habitat in Stewart Park. In 1927, the Club funded the construction of the Fuertes Bird Sanctuary, a pond encircled by shrubs and trees, found in the northwestern corner of t... Read more
8

Following news of the decision by the Board of Public Works in 1913 to clear up land adjacent to Fall Creek, the Cayuga Bird Club began efforts to preserve the area and its wildlife. Around May of 1914, the land was declared a city preserve... Read more
11

As child focused recreation grew popular in the late 1940s and early 1950s, a spray play”splash pad”  area and playground were installed southwest of the main park buildings. The highlight of this new play area was the carousel, instal... Read more
12

The Memorial Flagpole Garden was dedicated in 1927 in honor and recognition of Mayor Edwin Stewart’s efforts to create Ithaca’s first public lakefront park. Renwick Park was renamed Stewart Park for Mayor Stewart, who led the charge to ... Read more 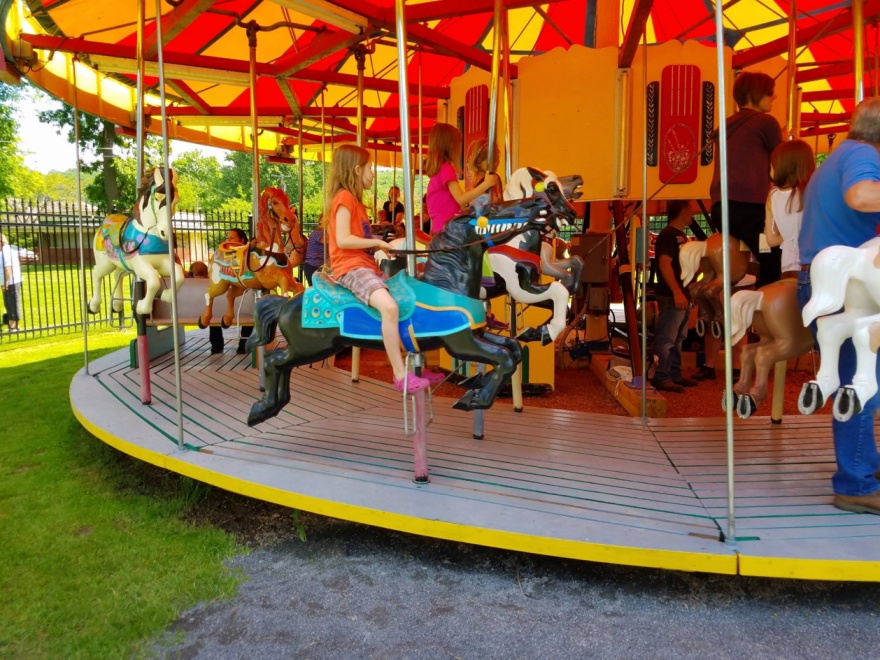 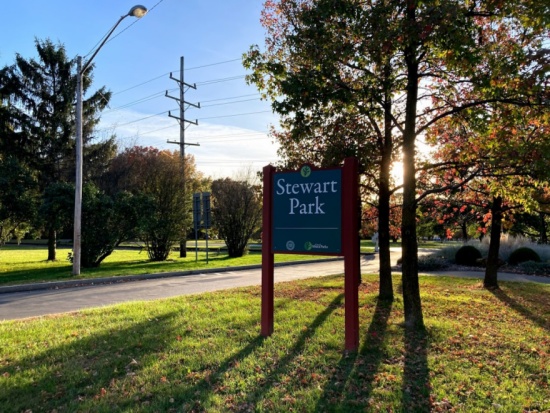 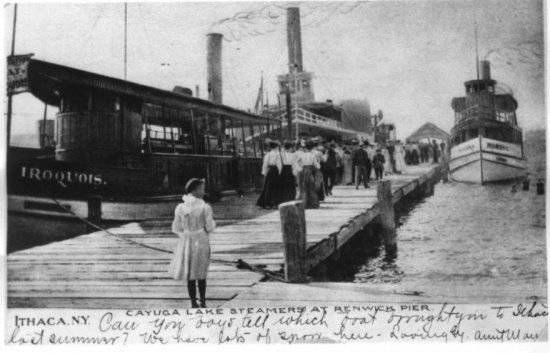 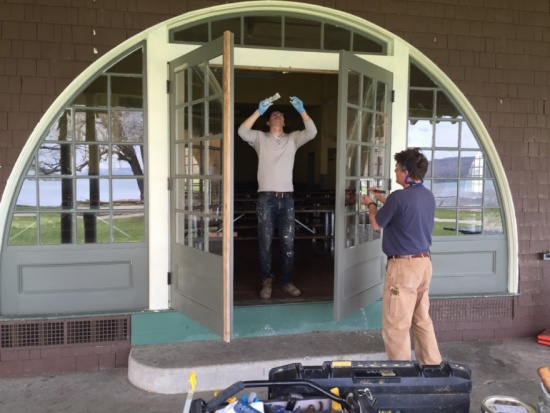 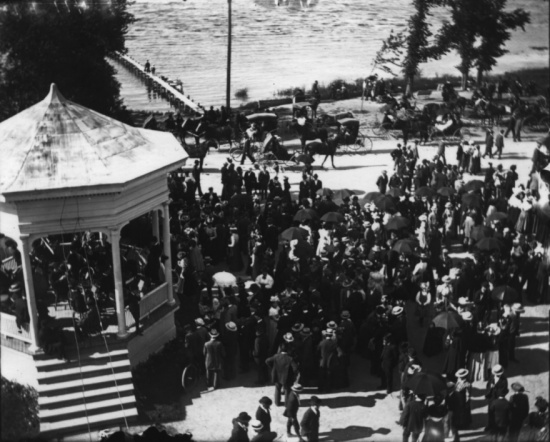 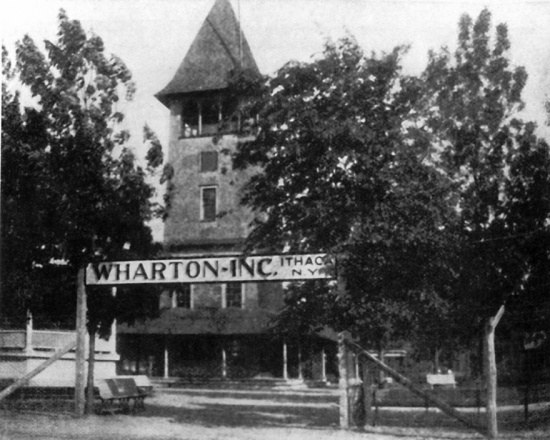 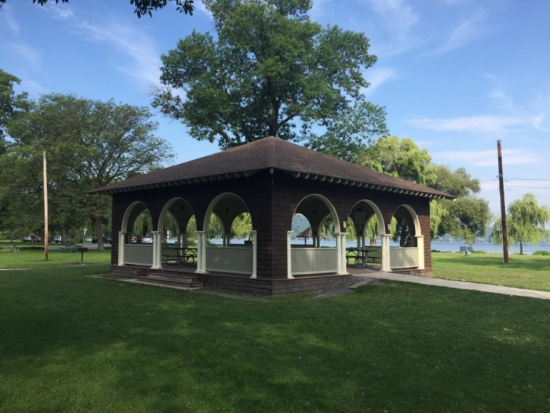 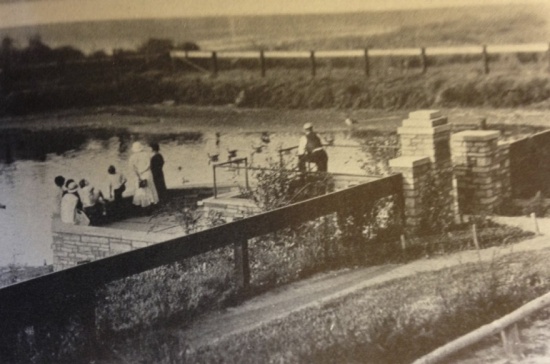 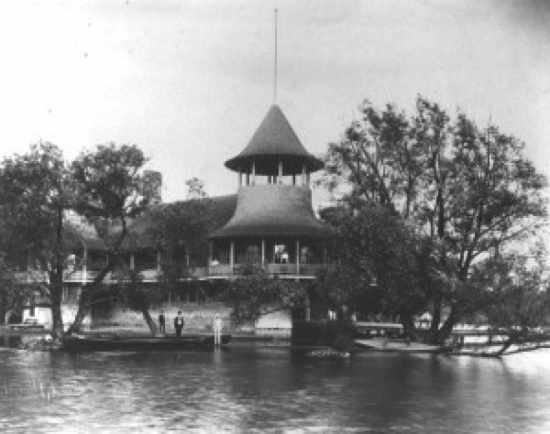 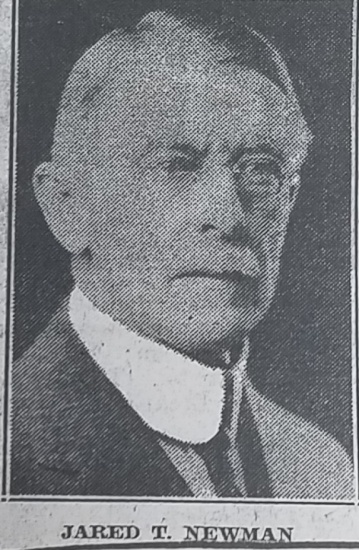 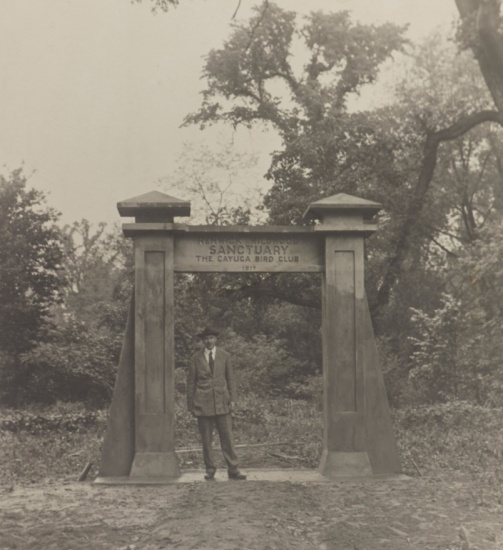 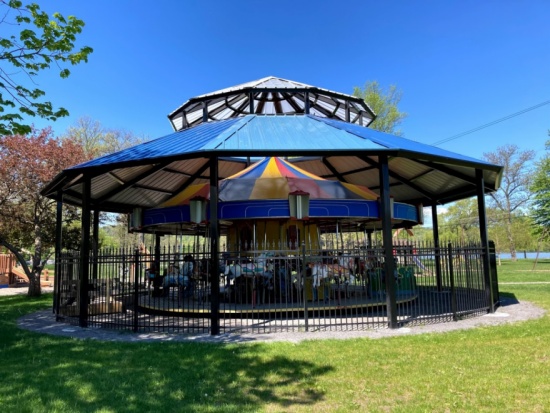 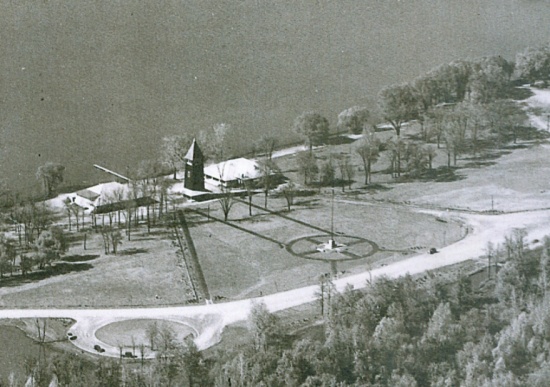